The Dreams and Furies of Frank Lloyd Wright

From the award-winning and best-selling author of Hemingway's Boat and Sons of Mississippi - an illuminating, path-breaking biography that will change the way we understand the life, mind, and work of the premier American architect.

From the award-winning and best-selling author of Hemingway's Boat - a ground-breaking biography that illuminates the life, mind and work of one of the icons of twentieth-century America.

Frank Lloyd Wright has long been known as both a supreme artist and an insufferable egotist who held in contempt almost everything aside from his own genius as an architect. But in this masterly work we discover a man dogged by traumas, racked by lies, and stifled by the myths he wove around himself: a man aware of the choices he made, and of their costs.

This is the Wright who was haunted by his father, about whom he told the greatest lie of his life. And this is the Wright of many other overlooked aspects of his story: his close, and perhaps romantic, relationship with friend and early mentor Cecil Corwin; the connection between the Tulsa Race Riot of 1921 and the murder of his mistress, her two children and four others at his beloved Wisconsin home by a servant gone mad; and the eerie, unmistakable role of fires in his eventful life.

Showing us Wright's facades along with their cracks, Hendrickson helps us form a deep and more human understanding of the man, and a fresh appreciation of his monumental artistic achievements. With prodigious research, unique vision and his ability to make sense of a life in ways at once unexpected, poetic and brilliant, he has given us the defining book on one of the greatest creative talents of twentieth-century America. 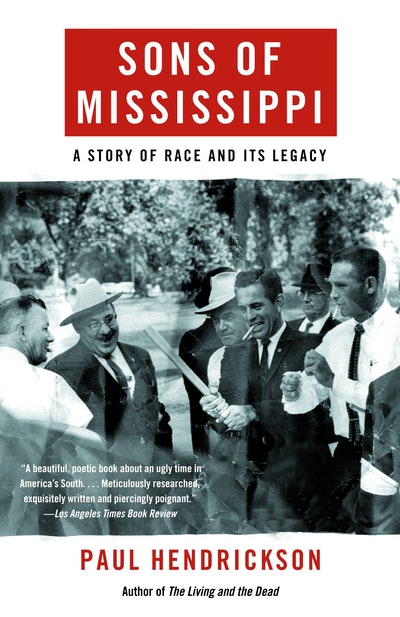 Praise for Plagued By Fire

A masterful portrait of the flawed creator of flawless buildings

Paul Hendrickson has a voice. He hasn't written a line that lies flat on the page; his every sentence crinkles and burns with intelligence. In Plagued by Fire, he transmutes the story of America's greatest architect into something unexpected and immediate—a life inscribed by race, fire, murder, and loss, all inseparable from creative brilliance. Like Hendrickson himself, this book is indispensable

This is a biography worthy of the complexity of America’s iconic 20th century architect. It describes Wright’s facade and flaws, but then reaches down to the deep emotional underpinnings of his brilliant but at times difficult personality. By understanding the turmoil of his life, Hendrickson makes Wright more sympathetic

A first-rate reporter and storyteller, Hendrickson not only explains Wright's architecture in terms any layman can appreciate, but also connects that monolithic achievement with a living, breathing human being—an egomaniac and huckster, yes, but also a haunted, touching man who never, never gave up. Quite simply, you don't know the whole story until you read this book

Paul Hendrickson has made a life of taking the figures we think we know, and revealing how little we actually understood them… Hendrickson has his work cut out for him with Wright, certainly the most written about architect in the world. Yet this, his longest book might be his most beautifully written – there’s a tone of absolute curiosity and respect, a judiciousness about probing a long-dead psyche, and a depth of understanding about how hidden demons often contribute to the art that artists make which [makes] this book absolutely riveting, as if all the buildings it describes have yet to be built

Astonishingly artful and perceptive... There are very few biographers today writing at Hendrickson’s level. No one will walk away from this book without a deepened and transformed view of Wright’s life and times

Paul Hendrickson's beautifully composed, revelatory Plagued by Fire brilliantly combs through the tangled web Frank Lloyd Wright wove around his long-lived, complicated self. Written as if it's a detective story, which in a way it is, this wonderfully unconventional biography captures Wright's artistry while it plumbs the depths of his vulnerability, his compulsions, his work ethic, his cruelties, his defensiveness—and his humanity. What emerges is biography on a grand scale, large enough to encompass the restless, haunted architect who lived, breathed, and was burned by the twentieth century. Not to be missed

Brenda Wineapple, author of The Impeachers: The Trial of Andrew Johnson and the Dream of a Just Nation

Paul Hendrickson’s new biographical study...is a brave attempt to do something different… the contradictory Wright who emerges, both hateful and human, is probably the truest portrait of the man we have yet

[Wright] shines out in all his maddening contradictions and vanities. Hendrickson has a very sharp ear for the tone of Wright’s diary entries, and an equally sharp eye for the subtleties of expression in a family photo…he teases significances from them… [Plagued by Fire is] painstakingly researched…[and a] moving book

Plagued by Fire yields its information piecemeal, like a suspense novel. Through a blizzard of details and speculation on the part of the biographer, who forges ahead, behind, back and forth in time with the zeal of a forensic bloodhound, an intimate portrait of Frank Lloyd Wright gradually materializes, as a pointillist portrait comes into focus a little distance