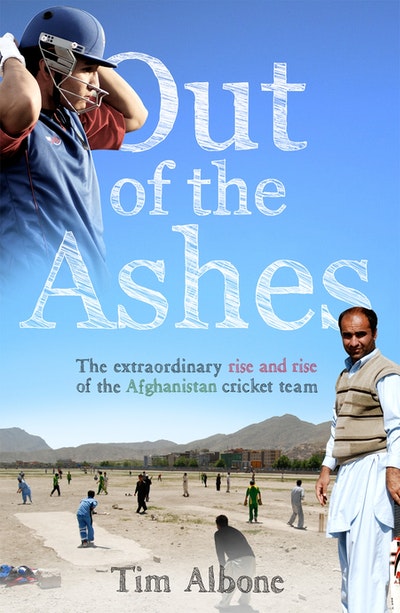 The Remarkable Rise and Rise of the Afghanistan cricket team

A terrific and heart-warming story, a sort of Kiterunner in batting gloves. This story of Taj Malik and his intrepid Afghan team-mates makes you feel that with luck, everything might turn out all right after all.- Michael Simkin

Cool Runnings meets Joseph O'Neill's Netherland in an inspiring and feel-good story of bravery and sporting success from a country so widely known for war and extremism. This is the true story of the Afghanistan cricket team and their extraordinary attempt to join the world's elite cricketing nations. That this devastated nation should be able to field a cricket team at all, let alone one as successful as this, is an unbelievable achievement. Seven years ago, in a country which does not have a real cricket pitch even today, there was no national team. But a group of young Afghan men, exiled by war, learnt to play in the smashed concrete of refugee camps, and have risen from obscurity to the groomed grass pitches of international cricket.

With unlimited access, Tim Albone travelled alongside the team for the two years, charting the players' progress from refugees in Pakistan to the brink of international sporting stardom. Far from being bogged down in cricket jargon, this tale of a gang of dedicated, charismatic, occasionally exasperating young men seeking triumph out of disaster is one that will move and inspire everyone.

Tim Albone is the former Times and Sunday Times correspondent in Afghanistan. In 2008 he was shortlisted for the Bayeux-Calvados War Correspondent Award. He is currently making a documentary about the Afghan cricket team and for the last fifteen months has had unlimited access to the squad during their remarkable effort to reach the World Cup.

Praise for Out of the Ashes

A terrific and heart-warming story, a sort of Kiterunner in batting gloves. This story of Taj Malik and his intrepid Afghan team-mates makes you feel that with luck, everything might turn out all right after all...

You don't need to be a cricketer to find this story inspirational.

A true story that reads like a fairy tale, this is one of the most intelligent and compelling cricket books I have read in a long time.

The best books about sport are, of course, about more than just sport and Out of the Ashes fits perfectly into this genre.