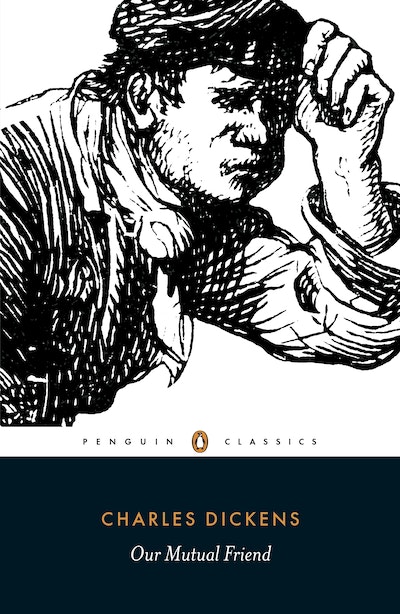 Charles Dickens's last complete novel, Our Mutual Friend is a glorious satire spanning all levels of Victorian society, edited with an introduction by Adrian Poole in Penguin Classics.

Our Mutual Friend centres on an inheritance - Old Harmon's profitable dust heaps - and its legatees, young John Harmon, presumed drowned when a body is pulled out of the River Thames, and kindly dustman Mr Boffin, to whom the fortune defaults. With brilliant satire, Dickens portrays a dark, macabre London, inhabited by such disparate characters as Gaffer Hexam, scavenging the river for corpses; enchanting, mercenary Bella Wilfer; the social-climbing Veneerings; and the unscrupulous street-trader Silas Wegg. The novel is richly symbolic in its vision of death and renewal in a city dominated by the fetid Thames, and the corrupting power of money.

Our Mutual Friend uses text of the first volume edition of 1865 and includes original illustrations, a chronology and revised further reading. As Adrian Poole writes in his introduction to this new edition, 'In its vast scope and perilous ambitions it has much in common with Bleak House and Little Dorrit, but its manner is more stealthy, on edge, enigmatic.'

If you enjoyed Our Mutual Friend, you might like Dickens's The Mystery of Edwin Drood, also available in Penguin Classics.

'The great poet of the city. He was created by London' - Peter Ackroyd