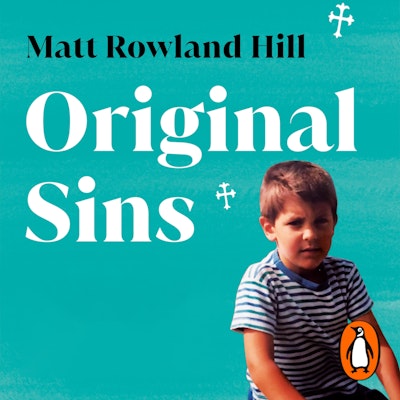 An extraordinarily brave memoir about faith, loss and addiction

'Isn't everyone's childhood an indoctrination in the more or less deranged outlook of the people who raised them? And isn't growing up for everyone a more or less successful attempt to overcome their conditioning and see clearly, with their own eyes?'

Matt Rowland Hill grew up the son of a minister in an evangelical Christian church in south Wales and then south-east England. It was a childhood fraught with bitter family conflict, the ever-present threat of hell and damnation, and a burgeoning cycle of temptation, sin and shame. After a devastating loss of faith in his late teens, Matt began his search for salvation elsewhere, turning to books before developing a growing relationship with alcohol and drugs. He became addicted to crack and heroin in his early twenties, an ordeal that stretched over a decade and culminated in a period of hopeless darkness. This story takes us to his bleakest, most desperate moments and recounts his struggle towards the light.

Original Sins is an extraordinary memoir. It is a story of faith, family, loss, shame and addiction, but ultimately it is about survival, growing up and learning to live. It's recklessly honest, as funny as it is grave, courageous and compulsive.

A stunningly well-written, funny, heartrending and utterly gripping memoir about learning how to live with who we are. Read it. Read it now

A wildly original and gripping debut, told with humour and compassion, about what it means to survive

What a frightening, funny book this is, full of acute observations and shocking, memorable scenes. It adds up to an exceptional portrait of overlapping addictions to fundamentalist religion and narcotics, their ecstasies and miseries, and the ultimate failure of their different, desperate attempts to fill the same personal void