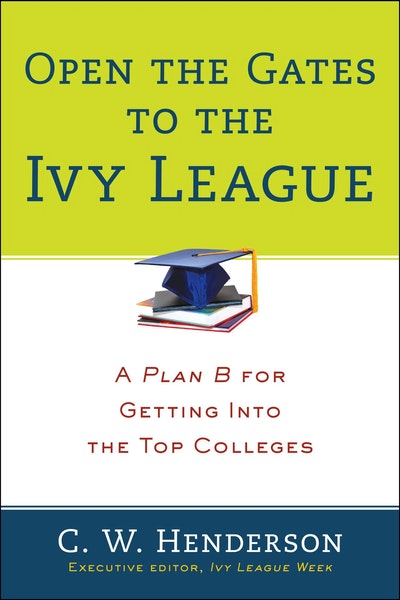 Open the Gates to the Ivy League

A Plan B for Getting into the Top Colleges

Ivy League schools on average reject some 90 percent of applicants. But there is another way to get into the top colleges in the United States—the back gate—that will still see motivated students come out the front gate with an Ivy League diploma.

This book is the plan B that offers you an alternative set of keys to seven of the Ivy League universities: Harvard, Yale, Columbia, Cornell, Dartmouth, Pennsylvania (Penn), and Brown. Also covered are the so-called second tier of elite universities, including Massachusetts Institute of Technology (MIT), Duke, Northwestern, and University of Virginia, among others, which have highly selective admission requirements and confer social and economic benefits on par with the traditional Ivy Leagues.

From extension schools to special programs for working students to online studies, the range of back gateways is remarkable for leveling the field for students of all stripes. This book provides the little-known strategies to help you succeed in enrolling in the school of your dreams.

Praise for Open the Gates to the Ivy League