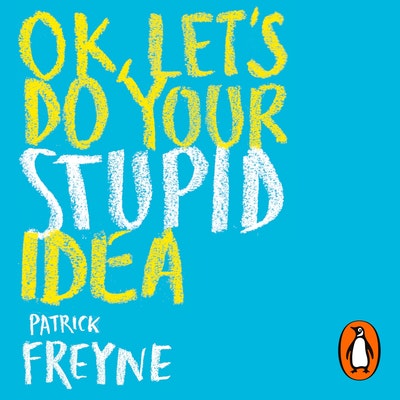 OK, Let's Do Your Stupid Idea

Patrick Freyne has tried a lot of stupid ideas in his life. Now, in his scintillating debut, he is here to tell you about them: like the time (aged 5) he opened a gate and let a horse out of its field, just to see what would happen; or the time (aged 19) he jumped out of a plane for charity, even though he didn't much care about the charity and was sure he'd end up dead; or the time (aged old enough to know better) he used a magazine as a funnel for fuel when the petrol cap on his band's van broke.

He has also learned a few things: about the power of group song; about the beauty of physically caring for another human being; about childlessness; about losing friends far too young. Life as seen through the eyes of Patrick Freyne is stranger, funnier and a lot more interesting than life as we generally know it. Like David Sedaris or Nora Ephron, he creates an environment all his own - fundamentally comic, sometimes moving, always deeply humane. OK, Let's Do Your Stupid Idea is a joyous reading experience from an instantly essential new writer.