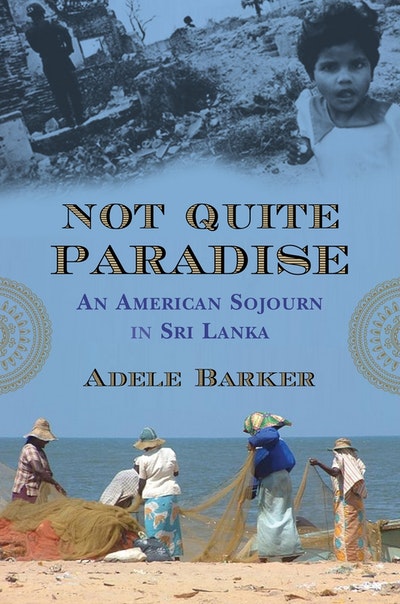 A chronicle of life on the resplendent island, combining the immediacy of memoir with the vividness of travelogue and reportage

Adele Barker and her son, Noah, settled into the central highlands of Sri Lanka for an eighteen-month sojourn, immersing themselves in the customs, cultures, and landscapes of the island—its elephants, birds, and monkeys; its hot curries and sweet mangoes; the cacophony of its markets; the resonant evening chants from its temples. They hear stories of the island’s colorful past and its twenty-five-year civil war between the Sinhalese majority and the Tamil Tigers. When, having returned home to Tucson, Barker awakes on December 26, 2004, to see televised images of the island’s southern shore disappearing into the ocean, she decides she must go back. Traveling from the southernmost coasts to the farthest outposts of the Tamil north, she witnesses the ravages of the tsunami that killed forty-eight thousand Sri Lankans in the space of twenty minutes, and reports from the ground on the triumphs and failures of relief efforts. Combining the immediacy of memoir and the vividness of travelogue with the insight of the best reportage, Not Quite Paradise chronicles life in a place few have ever visited.