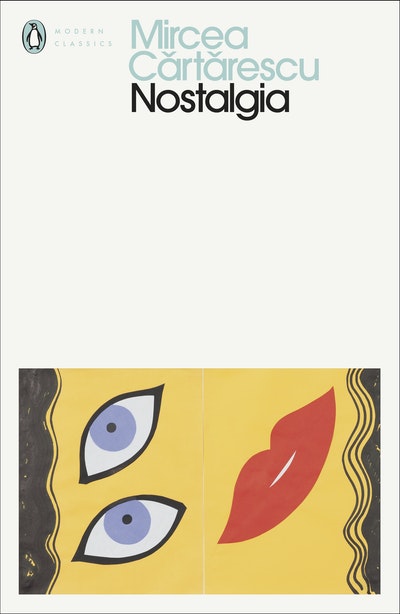 'Gripping, impassioned, unexpected' Los Angeles Times
A dreamlike novel of memory and magic, Nostalgia turns the dark world of Communist Bucharest into a place of strange enchantments. Here a man plays increasingly death-defying games of Russian Roulette, a child messiah works his magic in the tenements, a young man explores gender boundaries, a woman relives her youth and an architect becomes obsessed with the sound of his new car horn - with unexpected consequences. Blending reality and symbolism, time and myth, this is a cult masterwork from Romania's most celebrated writer.

Creator of a universe that's caught between dream and reality, Cartarescu is a revelation

A bright star on the firmament of European literature

Cartarescu is one of the great literary voices of Central Europe. He daringly questions our usual way of looking at the world, suggesting that rationalism is merely an attempt to create order. In fact, the world is made up of the nuances of our fantasies

A timeless invitation to dream and embrace the comforting power of personal memory, the only sure bulwark against the effects of totalitarian control. . . Gripping, impassioned, unexpected -- the qualities that the best in literature possesses

If mind-warping literature is your thing, read this book, then read it again

A Danubian Narnia. . . his writing delivers a rainbow-hued riot of fantasy, imagination and invention. . . If you looked for the perfect director to film Nostalgia, a joint effort by Guillermo del Toro and Terry Gilliam might just do the trick

Fiendishly clever, devilishly humorous and stunningly ambitious. . . one of Romania's most eminent novelists has finally reached Britain. It's been long overdue

Visionary and tormented. . . mixes history, autobiography and magic realism. There are hints of Bulgakov as well as an aura of Donald Cammell's and Nicolas Roeg's cult 1970 film Performance; a whirlwind of seedy glamour and despair that is itself a reflection of a nightmarish totalitarian state, as well as a scintillatingly detailed portrait of adolescence and retrospective longing

Of a rare and wondrous brilliance . . . Julian Semilian's translation of this masterpiece is a heroic achievement

Cartarescu is not only a sophisticated, compelling storyteller but a first-class wordsmith . . . Between them these stories bring forth a fabulous narrative universe, a place where the ordinary and extraordinary intermingle and miracles are a matter of routine