A New Beginning with the Dogs of Afghanistan

As his two Afghanistan rescue dogs adapt to life in the UK, Sunday Times bestselling author Pen Farthing finds his journey is far from over

'Nowzad was a gentle giant when it came to taking treats. He never, ever snatched. To me it was just further evidence that, deep inside, there was a great dog struggling to find his way out'
When Pen Farthing brings stray dogs Nowzad and Tali back from his tour of Afghanistan, little does he know what he has begun.

Suddenly he has four dogs to look after - two of whom have never been house-trained. And soon he is inundated with requests from other Marines and soldiers to help bring their rescued dogs home. Whether it's little Helmand, Fubar or Beardog, Pen does his utmost to give these dogs the chance they deserve.

No Place like Home is the true story of one man's courage and persistence as he struggles to give his dogs at home, and those still in Afghanistan, the best possible chance. It will warm - and break - the hearts of dog lovers everywhere.

A passion for the outdoors and a love of doing everything the hard way found an 18 year old Pen Farthing visiting a Royal Marine careers office asking to take on the toughest infantry training in the world. 30 weeks later and Pen had earned the coveted Green Beret of the Commandos. His military career, which has included tours of Iraq and Afghanistan, lasted over twenty years. Since publication of the Sunday Times bestseller One Dog at a Time, Pen has left the Marines to run his charity Nowzad Dogs and - when time allows - an outdoor adventure company. Pen walks his Afghan / Iraqi pack (Nowzad, Tali, Patchdog and Maxchat) in two shifts and has won The Dogs Trust Dog's Best Friend Award and the IFAW Pets and People Award. Nowzad and Tali were nominated for the Crufts Friends for Life Award. More details about Nowzad Dogs can be found at www.nowzad.com. 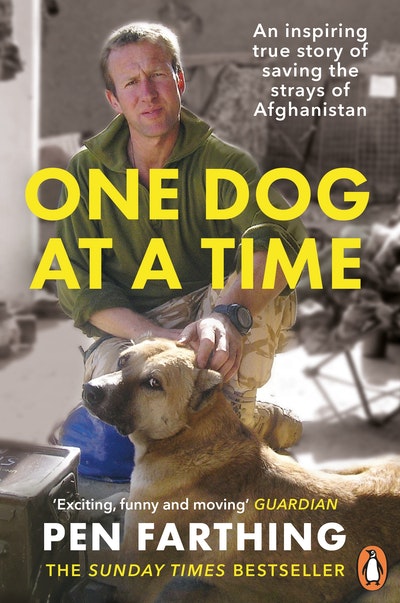 Pen's is a courageous story of how dog and solider become best friends in the most volatile of places and the unbreakable bond that exists between them. His commitment to his is work in Afghanistan is inspirational, and he is transforming dogs and our soldiers' lives too

One Dog at a Time
Pen Farthing