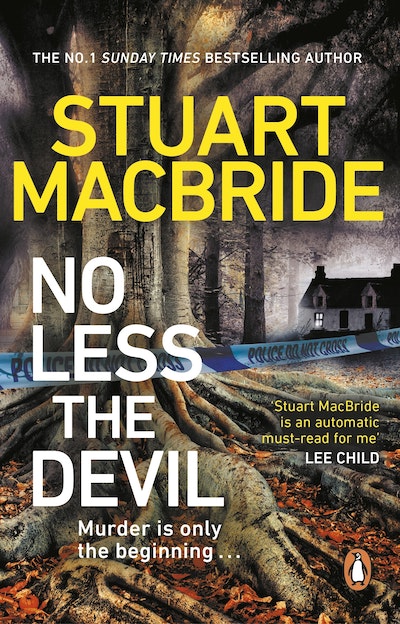 No Less The Devil

Introducing an original and intriguing new lead character, Stuart MacBride's new novel showcases a crime-writing master at the top of his game.

'We are each our own devil, and we make this world our hell.'

It's been seventeen months since the Bloodsmith butchered his first victim and Operation Maypole is still no nearer catching him. The media is whipping up a storm, the top brass are demanding results, but the investigation is sinking fast.

Now isn't the time to get distracted with other cases, but Detective Sergeant Lucy McVeigh doesn't have much choice. When Benedict Strachan was just eleven, he hunted down and killed a homeless man. No one's ever figured out why Benedict did it, but now, after sixteen years, he's back on the streets again - battered, frightened, convinced a shadowy 'They' are out to get him, and begging Lucy for help.

It sounds like paranoia, but what if he's right? What if he really is caught up in something bigger and darker than Lucy's ever dealt with before? What if the Bloodsmith isn't the only monster out there? And what's going to happen when Lucy goes after them?

'A brutal, visceral read, laced with the blackest of humour and travelling to some very dark places' Guardian

Stuart lives in the northeast of Scotland with his wife Fiona, cats Gherkin, Onion and Beetroot, some hens, some horses, and an impressive collection of assorted weeds.