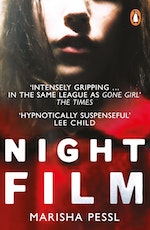 'THE BOOK EVERYONE'S TALKING ABOUT.' Observer

Night Film is a breathtakingly suspenseful literary thriller that makes you question how you decide what is real and what isn't from the critically acclaimed author of Special Topics in Calamity Physics
On a damp October night the body of beautiful Ashley Cordova is discovered in a Manhattan warehouse.

Though her death is ruled a suicide, investigative journalist Scott McGrath suspects otherwise.

The last time McGrath got too close to the Cordova dynasty, he lost his marriage and his career.

This time he could lose his mind.

Marisha Pessl’s bestselling first novel, Special Topics in Calamity Physics, won the 2006 John Sargent Sr. First Novel Prize (now the Center for Fiction’s Flaherty-Dunnan First Novel Prize), and was selected as one of the 10 Best Books of the Year by The New York Times Book Review. She grew up in Asheville, North Carolina, and currently resides in New York City. 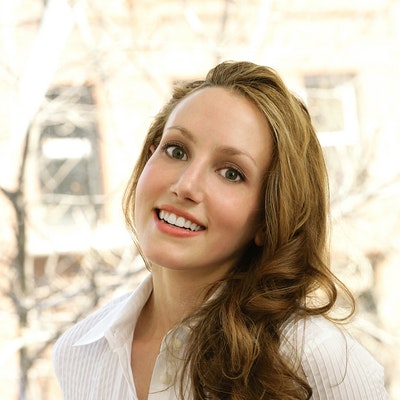 “Deliciously spine-tingling... all-consuming and mind-altering. Nothing else matters while there are pages to turn and, once the book is over, the world seems an emptier place.”

“This month’s smartest (and creepiest) new novel is a hell of a read . . . An intensely writerly project that doesn’t jettison the reader . . . It explores how stories seep from texts into the world; not only in that it follows a journalist investigating a cult horror-film director whose life is entangled in his fictions, but also because the pages are peppered with fake news article and websites. A narrative signifying narratives, this novel echoes . . . The action bullet-trains through an artfully plotted world of secret screenings and suspicious deaths.”

GQ (Book of the Month)

“Night Film, the gorgeously written, spellbinding new novel by the dazzlingly inventive Marisha Pessl, will hold you in suspense until you turn the final page.”

“When Cordova’s beautiful daughter is found dead in a warehouse, McGrath can’t help but pick up the trail. His pacy narrative voice is interrupted by magazine interviews, text messages, Facebook pages; a Cordova fan forum even pops up on the printed page . . . The result is multiple narratives that read like real life (or a more exciting version of it) . . . Night Film doesn’t cease to be with its last full stop. [Pessl] has developed a phone app and a website with extra material – a savvy move.”

“The real and the imaginary, life and art, are dizzyingly distorted not only in a Cordova night film – which a fictional Time article calls “a spellbinding and emotionally harrowing experience” – but in Pessl’s own Night Film as well. McGrath’s prologue opens with a dictum “Everyone has a Cordova story, whether they like it or not.” This book is ours.”

“Night Film is like a head-long fall into a dangerous film set, with the kind of eeriness that makes you jump at your own shadow.”

“Using mixed media, Pessl tell the tale of an eccentric, Kubrick-like film director and the mysterious deaths that litter his past.”

“Night Film is rich with arcane detail that ranges from obscure Hollywood history to the uses of occult herbs. It is also cleverly illustrated with plausible-looking articles about Cordova and his associates from Vanity Fair, Rolling Stone and Wikipedia… this sprawling, generous, high-octane book remains as entertaining as a late night showing of a horror classic.”

“Intensely gripping . . . an entertaining read in the same league as Gone Girl”

“A testament to Marisha Pessl’s tremendous gifts as a storyteller. ”

Scott Smith, author of THE RUINS

“A literary mystery that’s also a page-turner . . . Night Film might be the most talked-about novel this summer.”

“This magnificently layered and suspenseful literary thriller by the author of Special Topics in Calamity Physics reads as though written by the fairy offspring of Siri Hustvedt and Paul Auster. You'll want to devote an entire weekend to losing yourself in the search for Cordova.”