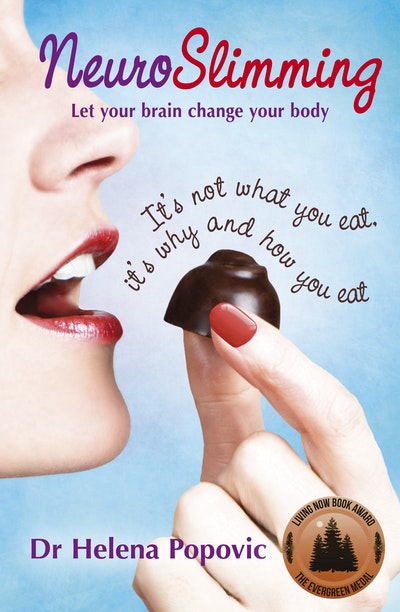 Not all kilograms are equal. What takes up more space inside your body: one kilogram (2.2 pounds) of muscle or one kilogram of fat?

The fat takes up more room. Muscle is much denser and more compact than fat so you can pack more of it into the same space. What this means is that if you were carrying more fat than your body needed, and you substituted the excess fat for muscle, you would look slimmer and drop several sizes in clothes but you’d weigh more! And you’d be fitter and healthier. This is what strength training can achieve. Have you ever heard someone say the following?

‘I started going to the gym and I could see I was getting stronger. I also noticed I had more energy and stamina throughout the day. But when I stepped on the scales I hadn’t lost any weight. I was so disappointed.’

How can someone be disappointed about feeling better and improving their health? Oh that’s right — the number on the bathroom scales hasn’t moved.

Since when has a set of bathroom scales been given the right to dictate mood and self-esteem? Who came up with that brainchild?

Whenever you stop eating or go on a calorie-restricted diet, you lose weight through losing water, muscle, bone and, yes, some fat. Losing water, muscle and bone is detrimental to your health — and yet most people cite improving their health as a major reason for wanting to lose weight.

Muscle is more ‘metabolically active’ than fat. In other words, muscle burns more calories than fat, even while you sleep, let alone when you move. The more muscle a person has, the faster their metabolic rate and the more they need to eat to maintain their weight. US Olympic swimming champion Michael Phelps was recorded as eating 12 000 Calories a day (the average person requires about 2000 Calories). That’s 10 000 Calories more than you and me every day! How is this possible? Yes, he exercised a lot but he didn’t burn 10 000 Calories in the pool or gym every day. It was because he had a lot more muscle than you and me. While you’re at rest, every kilogram of skeletal muscle burns about 13 Calories a day. In contrast, one kilogram of fat burns only 4.5 Calories a day. Muscle burns three times as many calories as fat. Muscle also makes your organs more sensitive to insulin so that you preferentially burn fat rather than store fat. When you lose muscle, you slow down your metabolism, your liver and muscles are less responsive to insulin, and you need fewer calories to stay at the same weight. Losing muscle is not a good idea. Neither is losing bone.

In December 2006, Dr Dennis T Villareal, and his team of doctors at Washington University in St Louis, compared two ways of losing weight in both men and women with an average age of 57 years. One group ate 20 percent fewer calories a day. The other group ate their usual diet but were made to exercise until they burnt 20 percent more calories a day. Both groups lost weight but the dieters also lost bone. Even more alarming was the fact that bone loss occurred in areas where older people are most likely to experience fractures: hips, spine and upper legs. Dieting depletes bones of nutrients required for strength and growth. Exercise, on the other hand, stimulates bone formation and repair. What are teenagers — and even younger children — doing to their growing bones when they start dieting their lives away?

And what about water?

As a rough guide, muscles constitute 75 percent water (as does the brain), bone constitutes 22 percent, and fat constitutes 10 percent. Therefore when you lose muscle and bone you are also losing water — another undesirable effect of weight loss versus fat loss.

Although losing water is not conducive to improving health, there’s a lot of controversy around the role of water in fat loss. Just about every diet and detox program recommends increasing water intake — usually to at least eight glasses or two litres a day. Associate Professor Howard Murad, in his book, The Water Secret, claims that as people age, their cells become leaky and lose water, putting them in a state of chronic dehydration. He links inadequate water intake to a slower metabolism, lower rate of fat oxidation (less efficiency in burning fat as fuel) and reduced insulin sensitivity. While this sounds appealing, other researchers have not supported his findings in terms of an impact on fat loss.

German scientists, led by Michael Boschmann MD from Berlin’s Franz-Volhard Clinical Research Center, found that drinking water increased metabolic rate by up to 30 percent within 10 minutes of consumption and peaked after 30 to 40 minutes. Interestingly, the mechanism underlying this increase was different in men and women. In men, the rise in metabolic rate was due to burning more fat as fuel, while in women it was due to an increase in carbohydrate breakdown. However, from the perspective of fat loss, the effect was very minor. Extrapolating from Boschmann’s data, if you drank a litre and a half more water every day and changed nothing else in your life, you would lose less than two and a half kilograms (five and a half pounds) over the course of a year. But even this is not a guarantee because the body has enormous powers of adaptation and it’s possible that after a while your body would adjust to the increased water intake and no longer produce the same effect.

One thing all scientists agree on is that drinking water does not ‘flush fat out of your system’.

This is not to discourage you from drinking water — far from it. I simply want to alert you to the disputations that characterise the field of weight loss and, specifically, fat loss.

It’s important to be aware that sometimes thirst can be misinterpreted as hunger. Therefore keeping adequately hydrated with water may lead to consuming fewer calories. People also report that drinking a glass of water 15 to 20 minutes before a meal leads to feeling full and eating less. By all means continue this practice if it works for you. Your best guide is your own thirst and energy levels. Do you feel thirsty or lethargic? Then drink some water! Another good goal is ‘pale pee’. If your urine is dark and concentrated, it is more than likely an indication that you need to drink more water.

The overriding message of NeuroSlimming is that people are all different in the way they process food, respond to exercise and distribute fat throughout their bodies. Of course, there are some fundamental principles that underpin the functioning of the human body, and there are basic similarities between people. However, with respect to the specific constituents of your optimal diet and exercise regime versus someone else’s, they can be vastly different. The way to discover what is best for you is to learn to become your own ‘body whisperer’: recognise the signals your body is constantly sending you to let you know what it needs. By the end of this book, you’ll be your own virtuoso ‘body whisperer’. This is the ultimate empowering freedom.

Let your brain change your body