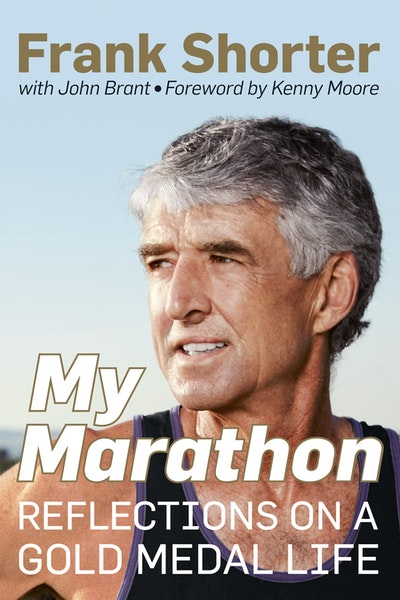 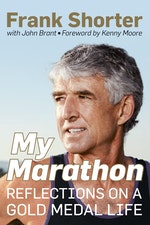 My Marathon: Reflections on a Gold Medal Life is a revealing memoir by Frank Shorter, the father of American distance running. After winning the 1969 NCAA title in the 10,000-meters title during his senior year at Yale, Shorter went on to win a staggering 24 national titles on track, road, and cross country courses, but it was in the marathon that Shorter achieved his greatest fame and recognition. At the 1972 Munich Games, Shorter won the Olympic marathon finishing more than 2 minutes ahead of the second-place finisher. Four years later, he finished a controversial second in the Olympic marathon in Montreal. The controversy, still unresolved to this day, revolved around the East German “winner” being a possible drug cheat. Shorter later founded the United States Anti-Doping Agency. Written with noted sportswriter John Brant, My Marathon details these inspiring events, as well as the physical and emotional abuse Shorter suffered as a child. This inspiring memoir is a testament to the resiliency of the human spirit and the transformative power of sports.