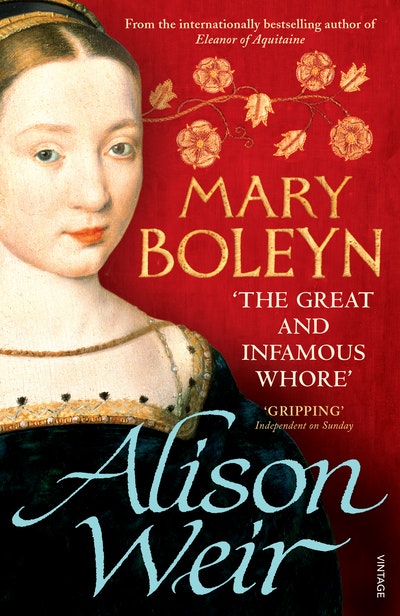 'The Great and Infamous Whore'

The first full-scale biography of Mary Boleyn, one of the most misunderstood figures of the Tudor age.

Mary Boleyn is remembered by posterity as a ‘great and infamous whore’.

She was the mistress of two kings, Francois I of France and Henry VIII of England, and sister to Anne Boleyn, Henry VIII’s second wife. She may secretly have borne Henry a child and it was because of his adultery with Mary that his marriage to Anne was annulled.

It is not hard to see how this tangled web of relationships has given rise to rumours and misconceptions that have been embroidered over the centuries.

n this, the first full-scale biography of Mary Boleyn, Alison Weir explodes much of the mythology that surrounds her subject and uncovers the facts about one of the most misunderstood figures of the Tudor age.

Her extensive, forensic research has facilitated a new and detailed portrayal, in which she recounts that, contrary to popular belief, Mary was entirely undeserving of her posthumous notoriety as a great whore or the ‘hackney’ whom the King of France famously boasted of riding.

In this astonishing and riveting book, Alison Weir shows that Mary’s story had a happy ending and that she was by far the luckiest of the Boleyns.