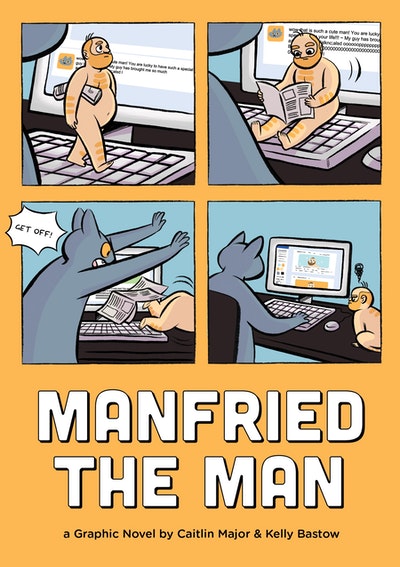 In this hilarious graphic novel, the roles of cats and humans are reversed, putting humanoid felines in charge of tiny, dimwitted little man-pets.

In this hilarious graphic novel, the roles of cats and humans are reversed, putting humanoid felines in charge of tiny, dimwitted little man-pets.

Manfried the Man was named one of the Best Comics of 2018 by A.V. Club and Paste

Meet Manfried, a stray man taken in by the likable but introverted tomcat Steve Catson. Stuck in a dead-end job and bemoaning a nonexistent love life, Steve depends on his pet man for friendship and support. But when Steve’s carelessness results in Manfried getting lost, Steve has no choice but to muster his meager resources to bring his best friend home safe. Can a cat who can’t even clean up his own apartment manage to find his missing man before it’s too late? In an all-new series based on the wildly-popular tumblr webcomic, classic comic strip layouts and colorful cartoon art make this a fun read. It’s a great gift for comics fans, pet owners, cat lovers, or anyone who appreciates a story full of humor and adventure, with a sweet friendship at its heart. 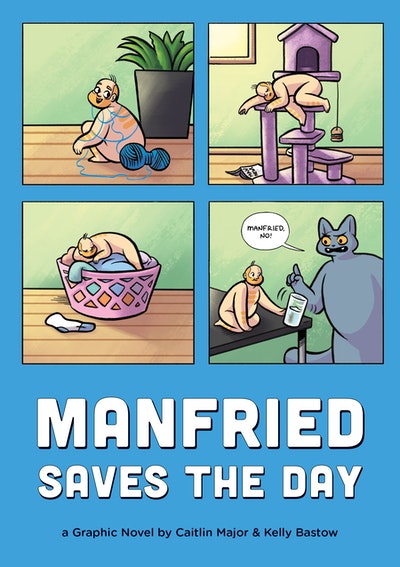