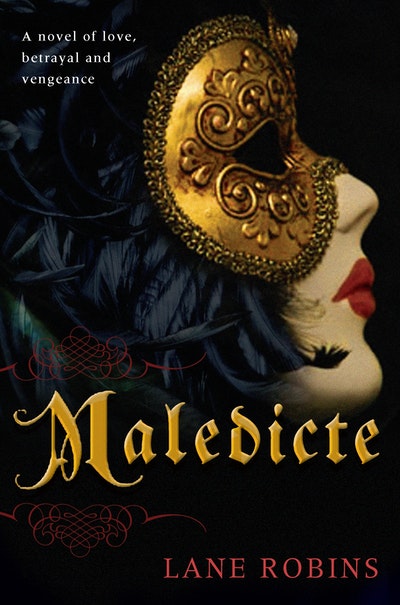 From a dazzling new voice in fantasy comes a mesmerizing tale of treachery, passion, intrigue, betrayal, and an act of pure vengeance that threatens to bring down a kingdom.

Seething with decadent appetites unchecked by law or gods, the court of Antyre is ruled by the last of a dissolute aristocracy. But now to the kingdom comes a handsome, enigmatic nobleman, Maledicte, whose perfect manners, enchanting charisma, and brilliant swordplay entice the most jaded tastes . . . and conceal a hunger beyond reckoning.

For Maledicte is actually a woman named Miranda–a beautiful thief raised in the city’s vicious slums. And she will do anything–even promise her soul to Black-Winged Ani, the most merciless of Antyre’s exiled gods–to reclaim Janus, the lover whose passion still haunts her dreams. As her machinations strike at the heart of Antyre’s powerful noble houses, Miranda must battle not only her own growing bloodlust, but also her lover’s newly kindled and ruthless ambitions. As Ani’s force grows insatiable and out of control, Miranda has no choice but to wield a weapon that may set her free . . . or forever doom her and everything she holds dear.