The hard-hitting and moving expose of a teenager whose abuse by police began when she was a 13-year-old and continued throughout her teens.

The hard-hitting and moving expose of a teenager whose abuse by police began when she was a 13-year-old and continued throughout her teens.

What's the real story behind Louise Nicholas' claims of gang rape by policemen?

What allowed her to bring her darkest and most harrowing secrets into the harsh light of public opinion?

Louise Nicholas' life has turned full circle since she was raped by policemen nearly 30 years ago - she now advises senior police how to support rape victims. She single-handedly rocked New Zealand’s police and justice systems to their cores, her case sparking the 2007 Commission of Inquiry into Police Conduct. Police accepted the Commission’s findings in full, apologised unreservedly to victims, and embarked on a programme of systematic change.

Her story is the subject of a television docu-drama screening in 2014. The Herald'sNew Zealander of the Year in 2007, Louise is highly regarded throughout the country, being asked to speak on local and national government advisory groups. People everywhere are moved by her as she continues to symbolise relentless courage and determination.

My Story is a rare insight into the life of a woman who suffered both child abuse and gang rape by policemen but who stood up bravely in the face of intense public scrutiny to ensure that justice was done. It's also a textbook example of excellence in investigative journalism - the dogged pursuit of a story that was being covered up by many parties. And it's a moving story of the power of love - the support shown by Louise's husband and children.

This revised edition of My Story, updated by both Louise and Phil Kitchin,outlines all that has happened over the last seven years. It is a potent reminder of how much our societal values have changed.

Louise Nicholas is a Survivor Advocate at Rape Prevention Education. She is married with four children. 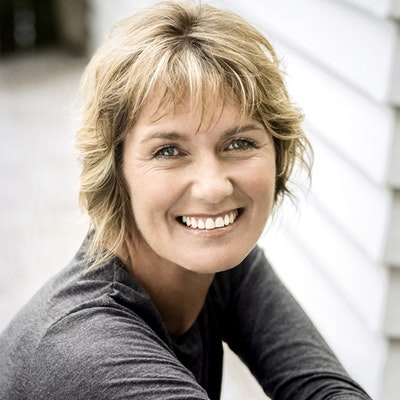 Anyone who ever wondered if Louise Nicholas was telling the truth should read this book and weep. . . . This is not an enjoyable book but it is important because it gets behind the suppressions, inadmissible evidence and deceptions to pull together the threads of this sorry story in New Zealand policing history. The detail, the tone, and the information are all chilling. While I was reading it I couldn't get to sleep or think of anything else. Not because I was sorry for Nicholas, but because I felt such shame for a system of which we used to be so proud and which allowed men in authority to behave like a pack of dogs - and then protect them. Do I believe Louise Nicholas? Every word.

A very important book, not just for journalism, but for anyone interested in not just how a master of the craft operates, but in how journalism interacts with the society it lives within