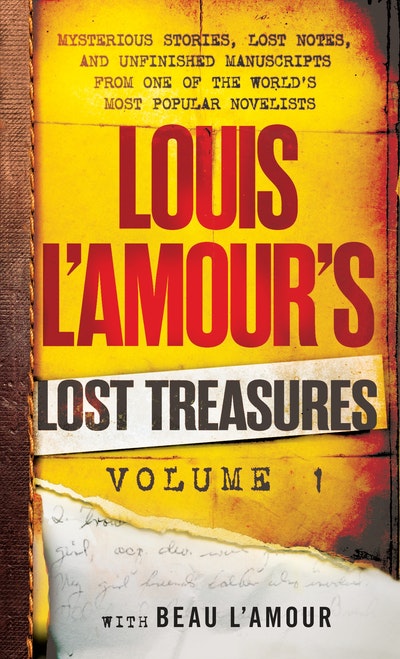 Mysterious Stories, Lost Notes, and Unfinished Manuscripts from One of the World's Most Popular Novelists

A collection of the unfinished and never-before-seen manuscripts, film treatments, unpublished short stories and personal notes of Louis L’Amour, father of the American Western, compiled and annotated by his son, Beau L’Amour.

With a legacy of ninety-one novels and nearly three hundred short stories, Louis L’Amour was one of the twentieth century’s most popular and prolific writers. Looking deep into his father’s creative process, Beau L’Amour presents twenty-two of Louis’ most mysterious and ambitious unpublished works, telling the story behind the stories. The first of two volumes, and illustrated with rare photographs and copies of handwritten notes, Louis L’Amour’s Lost Treasures Volume One reveals the L’Amour you have never known, his personal struggles as a writer, and the literary career that was too big for one life to contain.