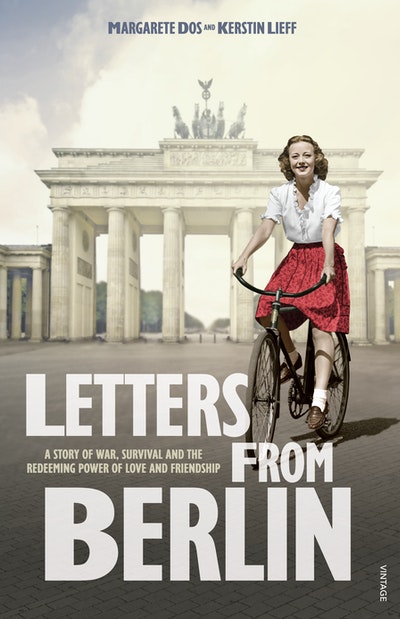 Winner of the Colorado Book Award for Biography. A vivid recreation of a largely untold side of world war II - the German side.

Winner of the Colorado Book Award for Biography. A vivid recreation of a largely untold side of world war II - the German side.

Six years before Margarete died, the author asked her mother to tell her all her stories of life during and just after the Second World War. "If you don't tell, no one will ever know and all those stories, and all that suffering, will go to your grave."

Drawing on hundreds of hours of taped interviews with her mother, Kerstin Lieff has recreated Margarete's story from her childhood and her child's eye view of the rise and fall of the Reich through the family's increasingly desperate circumstances as the war's end neared. In the final days, as the Russians moved toward Berlin, there were terrible rumors and fears.

With the war's end, Margarete and her mother found themselves on a train, which they believed was headed for freedom, but, instead, after a long, gruelling journey, took them into the heart of Russia, and, finally to a Gulag, where they were to spend two horrible years before finally returning to a Berlin which was no longer home to them.

When Kerstin Lieff was going through her German-American mother Margarete's effects, following her death, she came upon an extraordinary collection of letters, written by her mother during the final days of World War II when, as a 19-year-old, she was working as a nurse in the besieged city of Berlin. They were love letters, addressed to a young soldier at the front. Filled with the young woman's longing and hope in the face of disaster, the poignant letters were never mailed. Margarete's beautiful letters form a coda to a book that provides an unusual picture of coming of age in wartime Germany and in the terrible aftermath of the war.

Kerstin Lieff was born in Stockholm in 1952 just after her parents fled their German homeland, most of which still lay in waste as a result of the war. Ten months later the family emigrated to Minnesota, where Kerstin grew up speaking German, often hearing stories about her parents' past. She now lives in Colorado and is currently studying for an MA in Creative Writing at Fairleigh Dickinson University. 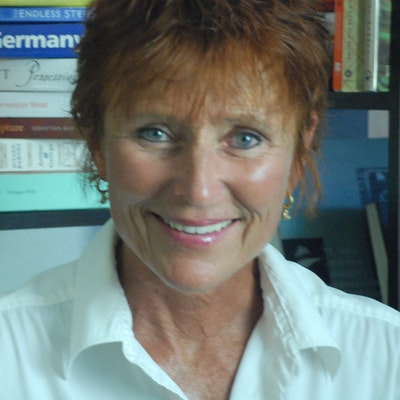 Praise for Letters From Berlin

Transcribed and translated from Lieff's interviews with her mother, Dos's story mixes the ordinary life of high school athletics with extraordinary tragedy faced by Dos and her "Mutti". In the war's aftermath, Dos and her mother attempted to escape from ravaged Berlin. but the train they thought was bound for Sweden took them instead to the Soviet gulag. A treasure trove of photographs depicts Dos's innocent prewar family life while giving insight into the overwhelmed German ciitizenry during the rush of Hitler's rise. This history of an average but cheerful and optimistic teenager and her resourceful mother spells out the horrors of war but balances them with hope.

Lieff pieced together a personal story of life under the black cloud of Hitler, defeat and the Russian communists. Sceptics should read the book before condemning. Everyone else should just read it.

A fascinating first-person insight into the lives of an ordinary German family (not Nazis, not Jews) as the Second World War sweeps Berlin. It's rare to get such a close-up view through the rise and fall of the Third Reich and then survived the aftermath of the Russian occupation in the gulags.

The reader is given a fascinating insight into the misery the Germans endured as a consequence of the actions of their political masters.At the conclusion of the book, Lieff provides a translation of a set of personal letters which her mother wrote to a mysterious man during the latter days of the fall of Berlin. The letters, one presumes, were never sent. They are simply stunning in their immediacy, and deeply touching in their outpouring of love, fear, and hope. The narrative is fleshed out with a series of photographs, mostly drawn from the personal family albums of Margarete, which somehow survived the chaos. This is a compelling book, and one which deserves to be widely read.

A daughter turns her German mother's harrowing memories of living through the liberation of Berlin into a moving insider's account of the time. The author does an admirable job of reconstructing her mother's extraordinary journey, allowing the frankness of detailsto reflect the integrity of her mother's voice. Indeed, the young Dos went from an Edenic childhood in Swinemunde, with doting parents and a younger brother, to Berlin after her father's death and the remarriage of her mother. A truly surprising denouement caps a well-told postwar account.

Kerstin Lieff's Letters From Berlin is a beautifully written, deeply human story of two courageous women on a terrifying journey through a terrifying time. Not only an enormously engaging personal narrative - a page-turner about the final days of World War II in Berlin and the postwar Gulag that will not let you put it down, it also helps complete a blank page in the history of the German people. Told through the voice of a young German woman (the author's mother - everything in this book, based on interviews and documents, really happened), the book makes us see that the victims of any war are the people, regardless of which side they are on.