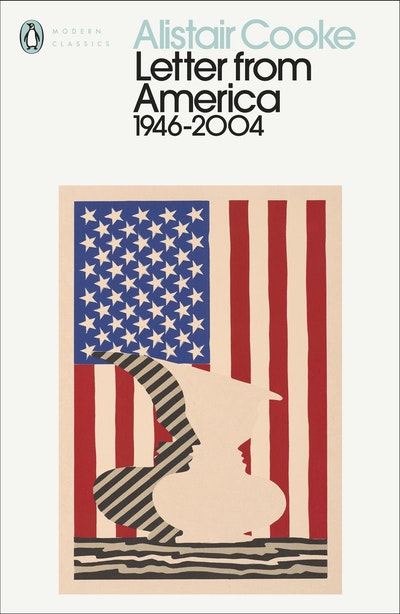 When Alistair Cooke retired in February 2004 he was acclaimed as one of the greatest broadcasters of all time. His Letter from America radio series, which began in 1946 and continued every week for fifty-eight years until his retirement, kept the world in touch with what was happening in America. Cooke's wry, humane and liberal style both informed and entertained his audience. The selection here, made largely by Cooke himself and supplemented by his literary executor, gives us the very best of these legendary broadcasts. It covers key moments from the assassination of Kennedy through to the Vietnam War and Watergate to 9/11, the Iraq War and anticipates the 2004 elections. It includes portraits of the great and the good from Charlie Chaplin to Martin Luther King, Jr, and topics as varied as civil rights, golf, jazz and the changing colours of a New England fall. Each Letter contributes to a captivating portrait of a nation - and of a man.

Alistair Cooke was born in 1908 in Salford, Lancashire. His birth name was Alfred, but he changed it to Alistair at the age of 22. In 1932, he won a Harkness Fellowship to Yale and Harvard, and he emigrated to America in 1937, where he scripted a regular Letter from London missive for NBC. In 1941, Cooke became an American citizen, and in 1946 he began broadcasting American Letter for the BBC (the programme's name was changed to Letter from America in 1950). The show's remit was to introduce his adopted country to his homeland by means of 'a weekly personal letter to a Briton by a fireside about American life and people and places in the American news'. It was immensely popular, and ran for 2869 broadcasts over 58 years - the longest-running one-man series in broadcasting history. Cooke received an honorary knighthood for his contribution to Anglo-American understanding in 1973. He died in 2004.

Praise for Letter from America

No one else succeeded in explaining to the English-speaking world ... the idiosyncrasies of a country at once so familiar, and yet so utterly foreign

There is never going to be anyone else like Cooke, a chronicler of amazing times

Cooke was the special relationship

Cooke had a matchless ability to convey the feelings of the American people at times of great historical importance. Accustomed to hearing these pieces rather than reading them, one is also struck by the quality of Cooke's writing. His command of language and sharp eye for physical description shine in this collection as do his sense of humour and deep emotional sensitivity. In its perspective on the United States in the latter half of the 20th century, this is as insightful a history book as you are likely to find. Much more than that, it is a fitting record of an erudite, much loved man.