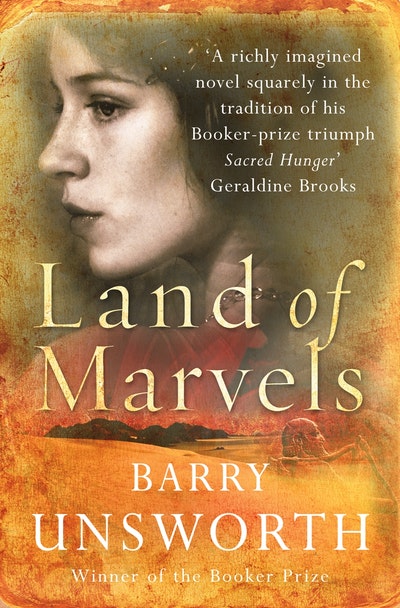 1914, and an English archaeologist called Somerville is fulfilling a lifelong dream: to direct an excavation in the desert of Mesopotamia. Yet forces beyond his control threaten his work.

The Great War is looming, and various interest groups are vying for control over the land and its manyprizes. And Somerville, whose intention is purely to discover and preserve the land’s ancient treasures finds his idealism sorely tested. Naked ambition, treachery and greed are at play, in a thrilling adventure from the master of the historical novel.

Barry Unsworth was born in 1930 in a mining village in Durham, and he attended Stockton-on-Tees Grammar School and Manchester University. He has spent a number of years in the Eastern Mediterranean area and has taught English in Athens and Istanbul. He now lives in Italy.

His first novel, The Partnership, was published in 1966. This was followed by The Greeks Have a Word for It (1967); The Hide (1970); Mooncranker's Gift, which received the Heinemann Award for 1973; Pascali's Island, which was shortlisted for the Booker Prize in 1980 and has been filmed; Stone Virgin (1985); Sugar and Rum (1990); The Rage of the Vulture (1991); Sacred Hunger, which was joint winner of the 1992 Booker Prize; Morality Play, which was shortlisted for the 1995 Booker Prize; After Hannibal, Losing Nelson and The Songs of the Kings. The Ruby In Her Navel is his most recent novel. Many of his books are published by Penguin.

Barry Unsworth is a Fellow of the Royal Society of Literature. 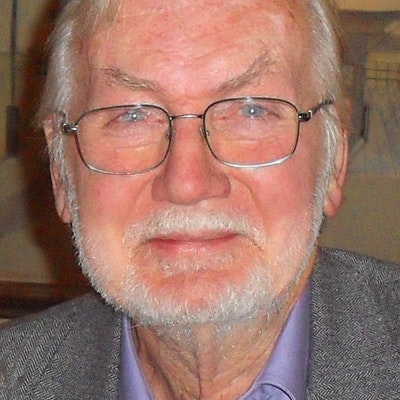 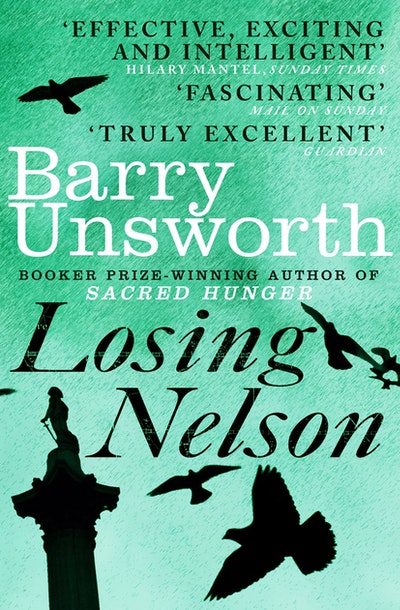 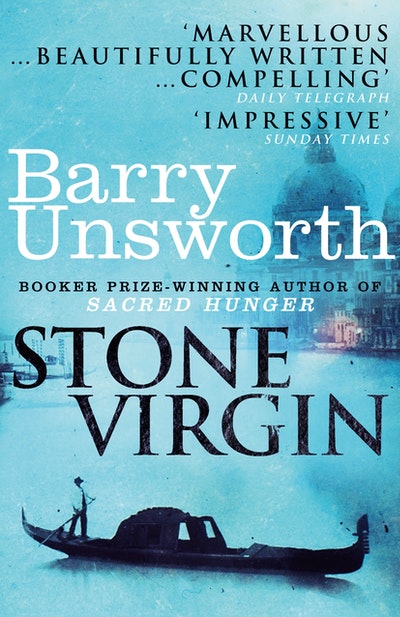 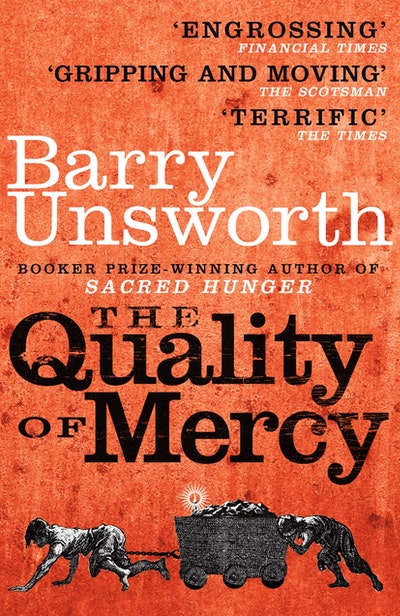 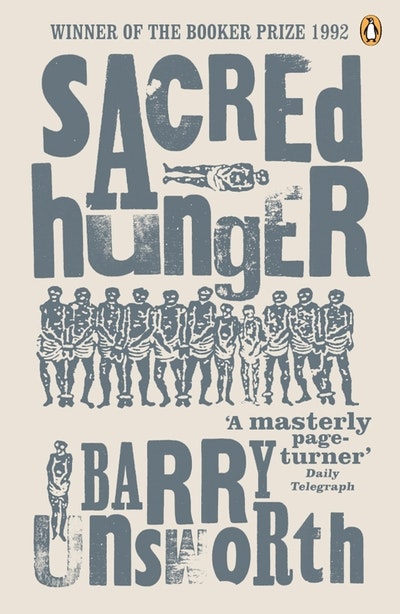 Praise for Land of Marvels

Richly peopled, fast-moving, cleverly plotted, written with economy and elegance, this novel has the satisfying density and sweep of a book twice its length

Unsworth wraps his dark themes around a plot full of adventure and romance. Rifles are fired, locks are broken and necks are kissed in the midnight desert.

Reading this novel is like watching an Olympic athlete about to win the gold: the seamless flow of action, the mastery of technique, seemingly effortless yet demanding attention and eliciting admiration as an end in itself

The historical novel should do three things: make tangible the period in question; reflect it in to the modern world; and, like all novels, entertain. Barry Unsworth is a master of all three concerns ...

... Land of Marvels could easily have become a morality tale about greed and imperial ambitions. But Unsworth is too canny a storyteller for that. It is greed that triumphs in the end. And, though empires change, imperial ambitions prevail. Such grim reflections on the past are sobering, too, when considering the current predicament of Iraq

Tensions mount in the desert as spies and assassins join the cast of soldiers and archaeologists, and the story hurtles on towards its fiery denouement.

His prose is elegant and sure as ever.

Unsworth is the most accomplished of novelists. All the characters are thoroughly imagined and ring true - even Jehar, convinced of the truth of his own lying rhetoric. As in all the best novels, characters reveal themselves in speech - and we see them as they present themselves to others. The plot moves faster as the novel gets into its stride. Unsworth, like Walter Scott, knows what is to be gained by an apparently languid introduction, scene-setting before the action takes over. He knows that credibility must first be established before action is significant. This is a cunningly put-together novel, in which the development of the plot advancing to an inexorable climax gains enormously from the deliberately leisurely opening.

A richly imagined novel squarely in the tradition of his Booker Prize triumph.

Unsworth moves lightly between his characters, as Somerville's explorations prove fruitful and a race to the finish line ensues. There's a great deal of tension but the prose stays cool - partly because he means to show us the value of the various prizes they covet.

Undertones of doom never silence the high notes of an elegantly dressed adventure yarn ... The plot, so delicately stitched, unravels - literally - in a flash ... As always with Unsworth, no moral lectures or glib ironies ensue. Rather we glimpse what happened to these folk (or those who survived) during and beyond the first global war. It ended with, among many other new-born nations, the Anglo French fabrication of the four-letter land whose name ends this compelling - and unsettling - book.

Unsworth is a spare and elegant writer, and his lean prose keeps perfect pace with the mounting tension as international players fight over the land. An unexpected page-turner that foreshadows the current turbulence in the Middle East.

Land of Marvels is a most intriguing fiction, as multi-layered and full of unexpected discoveries as the terrain so rich in narrative into which Somerville is so desperately burrowing. Unsworth's knowledge of his novel's historical and archaeological background is gracefully deployed, as are the parallels with the later conflict, which are never allowed to overshadow the vivid characterisation and elegant, intricate plotting by means of which the author pursues his real theme: the nature of stories that human beings tell themselves about the past, the present, and the future.

As you would expect from Barry Unsworth, the place and period are beautifully evoked and the plot gathers pace to a brilliant climax.

Land of Marvels is a novel about deception, greed and the restrictions of decorum, a time capsule reopened and a well-paced saga of broken family ties. It also offers an evocative glimpse at the lands that have since been reborn as Iraq.

Anyone familiar with Barry Unsworth's work will know the relish he takes in intrigue and subterfuge. Here, the entire cast is engaged in a kind of gavotte of dissembling, eagerly trying to outwit each other. This, as one might expect, is beautifully orchestrated, with everyone dancing to what they falsely believe to be their own tunes. And while the contemporary resonances of his story are plainly there - Mesopotamia, or modern-day Iraq, is being picked over by various self-interested outsiders keen to plunder its resources - they are never laboured.

He has a marvellously sinuous way of moving in and out of his characters points of view and styles of speech... neck-deep in spies, double- and triple-crosses, forbidden love and pistol-shots... Give yourself up and there's a clanking good read to be enjoyed.

A heady mix of history, politics and espionage.

Barry Unsworth - winner of the Booker Prize once, shortlisted twice - has a lot to live up to. In Land of Marvels he does so magnificently ... Lofty dreams and smash-and-grab capitalism are deftly woven together in precise and elegant prose.

Engaging and informative, with snappy dialogue and a fabulous, if slightly abrupt, ending.

Brilliant exploration of the tensions on an archaeological dig as the first world war looms.

Land of Marvels offers a fluent plot peopled by sharp, affecting characters and graced with the author's usual erudite wit and understanding humour

[a] cleverly plotted and elegantly written novel...Unsworth has evidently done a great deal of research, but this is woven seamlessly into the fabric of the novel so that the reader is caught up in the excitement of Somerville's discoveries.