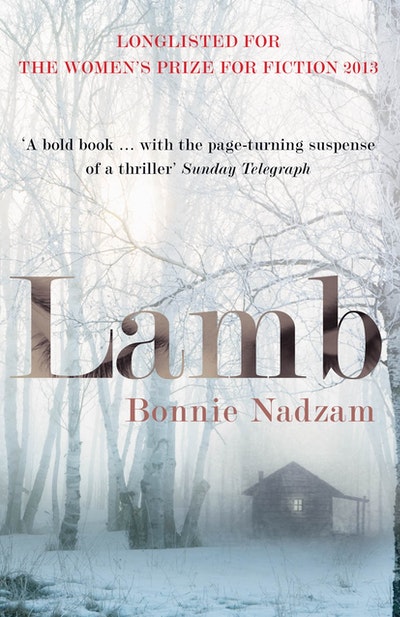 LONGLISTED FOR THE WOMEN'S PRIZE FOR FICTION 2013

An unsettling exploration of manipulation and power between a middle-aged man and eleven year-old girl.

LONGLISTED FOR THE WOMEN'S PRIZE FOR FICTION 2013

An unsettling exploration of manipulation and power between a middle-aged man and eleven year-old girl.

There's nothing wrong with that, is there?

Bonnie Nadzam was born in Cleveland, went to school in Chicago and has moved continually westward since then. She studied English literature and environmental studies at Carleton College and earned an MA and PhD from the University of Southern California. Her short fiction and poetry have been published in a wide range of literary publications and she taught creative writing at Colorado College. She is married to her childhood sweetheart and lives with him in the Rocky Mountains.

A devastatingly convincing portrait of abuse . . . Add in pitch-perfect dialogue and this utterly assured, high stakes, high-wire act of a novel is proof that Nadzam is a very special talent indeed.

This daring, disturbing first novel imagines the friendship of a child and an older man … [and] flirts with the possibility that such relationships might not always have dire consequences … This is a fiction of striking distinction.

Nadzam reveals Lamb: a damaged, destructive man … a haunting creation, to be both pitied and despised.

This is a brilliantly unsettling read that casts a dark, manipulative spell – particularly against the gorgeously described backdrop of the American West.

Bonnie Nadzam manages to write gorgeous prose about people and skies and mountains while still creating tension and suspense on the level of a thriller ... Lamb is a remarkable debut by a writer to watch. I will be thinking about these characters for a long time.

A gripping psychological study . . . This is a debut author who is definitely worth watching

An unsettling tale of the relationship between two people separated by age and experience, Bonnie Nadzam's debut novel has already garnered rave reviews stateside. Nadzam's difficult story will invariably be compared to Nabakov's Lolita – but this is darker, fresher and stomach-turningly good.

Surprisingly tender, highly inappropriate . . . Lamb is difficult and beautiful, and though it may not be normal, it feels incredibly real.

Only an immensely promising young writer could bestow such grace on such troubled characters.

An unsettling and challenging read.

A disturbing and elusive novel about manipulation and desperate friendship.

Nadzam has a crisp, fluid writing style, and her dialogue is reminiscent of Sam Shepard's . . . it's a fine first effort: storytelling as accomplished as it is unsettling.