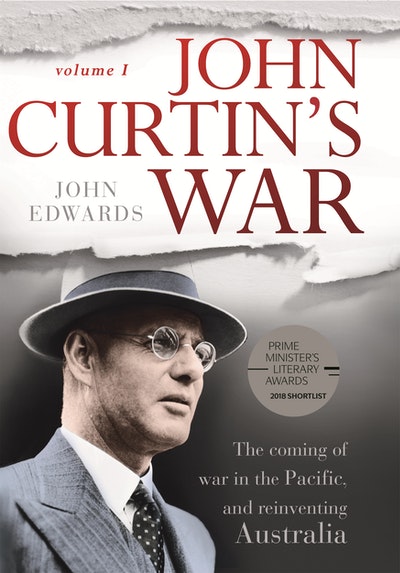 The coming of war in the Pacific, and reinventing Australia

Volume one of a major new biography of arguably our greatest (and one of our most underrated) Prime Ministers, who shaped modern Australia.

Curtin’s struggle for power against Joe Lyons and Bob Menzies, his dramatic use of it when he took office in October 1941, and his determination to be heard in Washington and London as Japan advanced, is a political epic unmatched in Australian experience. As Japan sank much of the Allied navy, advanced on the great British naval base at Singapore, and seized Australian territories in New Guinea, Curtin remade Australia.

Using much new material John Edwards’ vivid, landmark biography places Curtin as a man of his times, puzzling through the immense changes in Australia and its region released by the mighty shock of the Pacific War.

It shows Curtin not as a hero and certainly not as a villain but as the pivotal figure making his uncertain way between what Australia was, and what it would become. It locates the turning point in Australian history not at Gallipoli or the Western Front or even Federation but in the Pacific War and in Curtin’s Prime Ministership.

This two volume work is a major contribution to Australian biography, and to how we understand our history. In this first part, Edwards takes Curtin’s story from the late nineteenth century socialist ferment in Melbourne through to his appointment as prime minister and a Japanese onslaught so complete and successful that within a few months of launching it military leaders in Tokyo debated between the options of invading Australia, or sealing it off from Allied help.

John Edwards has written six nonfiction books, including the bestselling Keating: The Inside Story, published by Penguin.

John is a Nonresident Fellow at the Lowy Institute and adjunct professor at the John Curtin Institute of Public Policy at Curtin University. He has been a member of the board of the Reserve Bank of Australia, Chief Economist for HSBC Bank in Australia and New Zealand, and was a senior economic adviser for Treasurer and then Prime Minister Paul Keating. 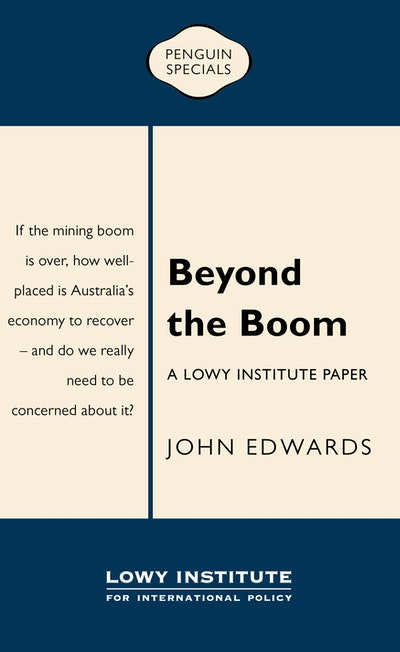 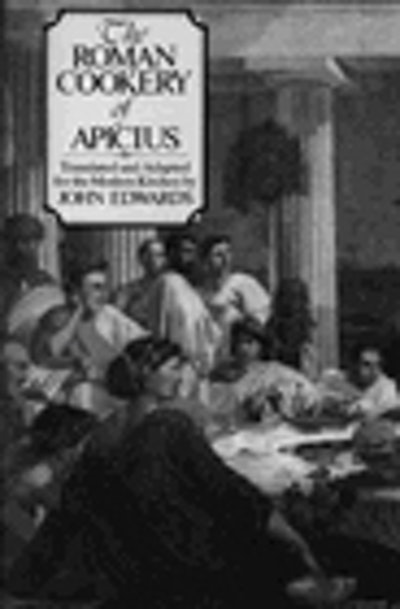