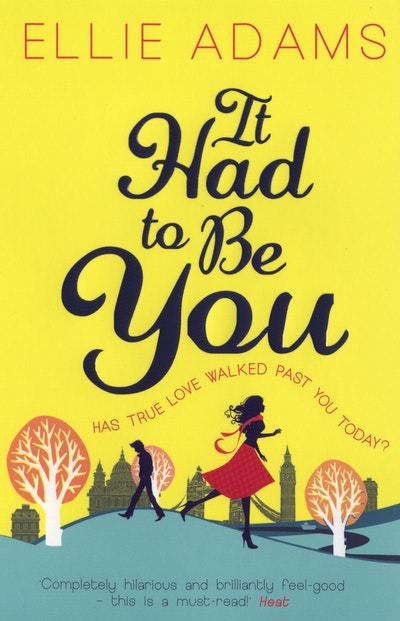 It Had to be You

Have you walked past your true love today? A hilarious and heart-warming modern love story for fans of Mhairi McFarlane and Lindsey Kelk.

The worst break-up ever . . . Could be the best thing that has ever happened to her

Lizzy Spellman has been dumped. At a party.While wearing a Henry VIII costume. By the man she thought was The One. Someone even filmed it, so now she’s a massive YouTube hit sensation too.

Just when she thinks things can't get any worse, she meets the rudest, most cynical man in the world, and gets a new mission in life. To prove him wrong.

Ellie Adams is happiest when surrounded by crisps, dips, wine and her friends. She is a journalist and dog lover who lives in London. IT HAD TO BE YOU was inspired by a life-long love of redheaded men.

Praise for It Had to be You

LOL-fest tale of a girl who becomes an unwitting online star. Five stars.