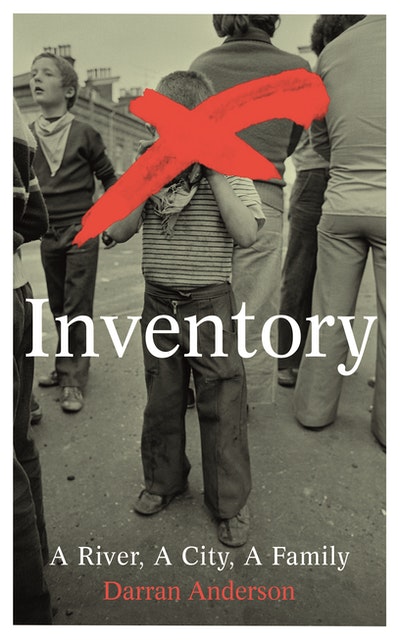 A River, A City, A Family

A smuggler and a deserter, Darran Anderson's grandfathers skirted the Second World War on the fringes of legality. Darran's father survived the height of the political violence in Northern Ireland and Darran came of age during the final years of the Troubles.

As a young man, Darran lost his way in the midst of hedonism, division and isolation. To find a way to exist in the world, he felt compelled to leave his hometown.

But the disappearance of another young man in his family brings him back to the city and its history. Darran walks the banks of the River Foyle, his father and uncle by his side, searching for what has been lost and what might now be said.

Inventory is sunlight, exposing and cleansing. It is a challenge to generations of silence. A portrait of a city, a biography of a family, a record of the objects that make up a life. Darran Anderson's lucid and intimate prose offers a vital new perspective on a troubled history.

Darran Anderson is the author of Imaginary Cities (2015), chosen as a ‘Book of the Year’ by the Financial Times, the Guardian, the A.V. Club and others, and described by the Guardian as ‘a dizzying and brilliant piece of creative non-fiction’. He has co-edited The Honest Ulsterman, 3:AM Magazine, Dogmatika and White Noise. He writes for the likes of the Atlantic, frieze magazine, and Magnum, and has given talks at the V&A, the LSE, the Robin Boyd Foundation and the Venice Biennale. 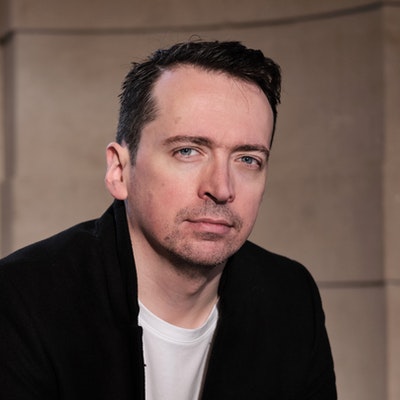 A radically different take on memoir... Inventory is a book of hard-won truths, a detailed map of a journey out of the labyrinth, the maze of memories, anecdotes, evasions and secrets… A book of revelations, then, both large and small, its truths reverberate in the imagination long after you finish reading it

Inventory is a remarkable memoir; a work of auto-archaeology, really, in which Darran Anderson disinters his own and his country’s hard pasts, shaking life, love and loss out of the objects of his youth in Northern Ireland. Bleak, tender, inventive and oddly gripping, this is a book of restless ghosts, written in defiance of darkness, and told by means of diving into what Nabokov once called “the dream life of debris”

I cried at much of this book, and laughed my belly sore at much of it too. The writing is intoxicating. The sheer fucking poetry of it all, the splendour and the decay, the beauty and the horror; the unearthly, moon-lit sorrow... This book is brave. This book is brilliant. This book will help so many to break silences they should never have been forced to keep, about things they should never have had to live through... We need this book, and by ‘we’ I mean every single bleeding one of us

A finely textured account of [Anderson's] upbringing in a city that Catholics called Derry and many Protestants knew as Londonderry... [Inventory] is an admirable feat of recreation that yanks the past back into clear focus—and, as Brexit calls into question the border arrangements that are part of the peace deal, a timely warning

Processed by Anderson’s restless, roving intelligence and obsessive curiosity, Derry rises from the pages of this book as a place that’s at once intensely familiar and uniquely strange. Crossing the faultlines between family, history and myth, Inventory is a vivid, singular act of memory

I’ve not got words to tell you how good this book is. A memoir, an imagination, a lyric, a history - woven around Derry, its families, legends and its hard, hard story. It is a complete book

A searing memoir about growing up in poverty in Derry

An astonishing window onto a world that has been painted with such limited palettes by decades of news coverage, but also a marvellous poetic reminder that every place is a universe of magical possibility to the perceptive mind. I’ll never forget this book

Anderson recounts with levity and humour his explorations of Derry—burnt-out cars, wastelands on the city’s outskirts, the roof of a church and abandoned houses, all while evading the looming presence of British troops and sectarian conflict... Short, lucid chapters carry the narrative at a comfortable pace... Inventoryshines most when we see a child navigate a gruesome conflict

Inventory is an endearing portrait of familial resilience, written in some of the most beautiful prose I have ever encountered in an autobiographical work. Every sentence is perfectly constructed, all at once elegantly descriptive and harsh in its grinding realism... The book’s passages and chapters shiver with tension, a copper wire on the brink of snapping loose to slash open your cheeks.

Inventory is a powerful, palimpsestic map of a wounded landscape that opens up again and again, revealing something new to the observer each time, in tantalising glimpses