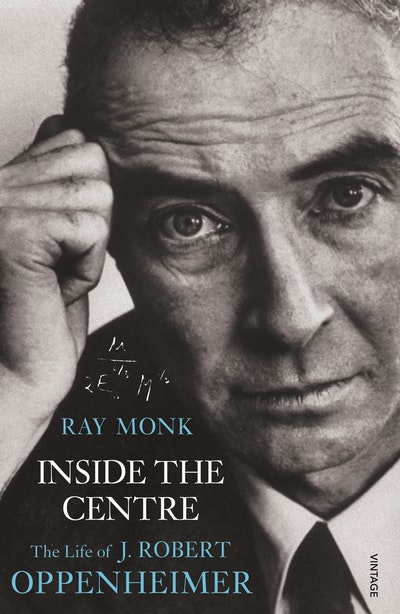 The Life of J. Robert Oppenheimer

A story of discovery, secrecy, impossible choices and unimaginable destruction: Robert Oppenheimer, his life and the first atomic bomb.

J. Robert Oppenheimer is among the most contentious and important figures of the twentieth century. As head of the Los Alamos Laboratory, he oversaw the successful effort to beat the Nazis to develop the first atomic bomb - a breakthrough which was to have eternal ramifications for mankind, and made Oppenheimer the 'father of the Bomb'.

But his was not a simple story of assimilation, scientific success and world fame. A complicated and fragile personality, the implications of the discoveries at Los Alamos were to weigh heavily upon him. Having formed suspicious connections in the 1930s, in the wake of the Allied victory in World War Two, Oppenheimer's attempts to resist the escalation of the Cold War arms race would lead many to question his loyalties - and set him on a collision course with Senator Joseph McCarthy and his witch hunters.

Ray Monk is the author of Ludwig Wittgenstein: The Duty of Genius, for which he won the Mail on Sunday/John Llewellyn Rhys Prize and the Duff Cooper Award. His previous work includes Bertrand Russell: The Spirit of Solitude.

Praise for Inside The Centre

You don't need to know your quantum physics to be gripped by Monk's doorstop study of the momentous life of J Robert Oppenheimer… Monk serves his subject well by sparing us neither the worst nor the best in him.

[A] fine biography... Oppenheimer has already been served well by biographers. However, Monk here takes the scholarship to a new level.

An extraordinarily rich biography, superbly researched and written with impressive clarity. It is a considerable achievement

Not just a great biography but a powerful work of art.

His deep research and lucid prose constitute a masterclass in how biography, done well, gets us closer to the mindset of an age than any other kind of inquiry.

The inspired philosophical biographer of Wittgenstein and Bertrand Russell now turns his attention to the nuclear physicist J. Robert Oppenheimer and the profound human dilemmas of American science and the atomic bomb. This is an eagerly awaited and important book which will explore new boundaries in the writing of biography itself.

You don’t need to know your mesons or your melons to be gripped by Oppenheimer’s discursive journey to the heart of the American atomic machine.

Oppenheimer is fortunate to have been given such an exemplary biographer.

Monk takes up Oppenheimer after having produced two of the greatest philosophical biographies of recent years.

Monk gives an illuminating analysis of Oppenheimer... [A] magisterial and moving book.

Ray Monk must be our finest living biographer of intellectuals: his earlier lives of Wittgenstein and Bertrand Russell brought an exhilarating clarity to two philosophers who are usually treated with a peculiarly academic kind of foggy reverence. Inside The Centre is not for the faint-hearted, but it repays concentration.

This is to scratch the surface of this mighty book, which feels suspiciously like the best biography I’ve ever read.

Exhaustive study ... generous detail ... biography about as well as it can be done.

This biography is exemplary in its precision.

With an astounding amount of detail, Ray Monk masterfully plots Oppenheimer’s life ... an extensive and unrelenting insight that reflects a man of equal intensity and genius.