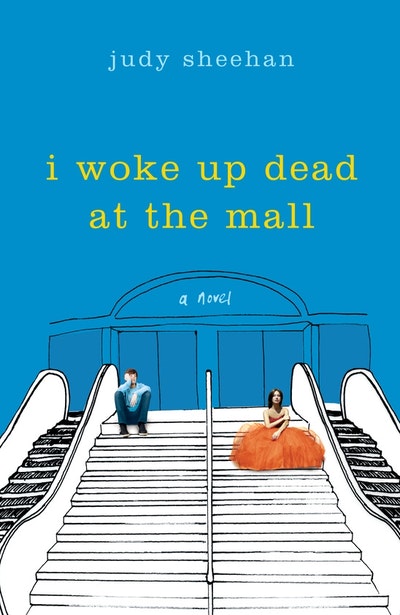 I Woke Up Dead At The Mall 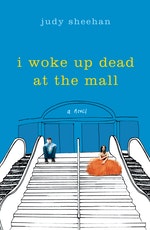 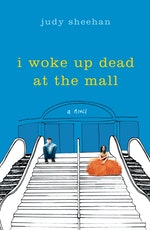 When Sarah wakes up dead at the Mall of America, she learns that not only was she murdered, her killer is still on the loose. I WOKE UP DEAD AT THE MALL is a terrifically fun & voicey YA novel that tackles some of life’s – and the afterlife’s – biggest questions.

When you’re sixteen, you have your whole life ahead of you. Unless you’re Sarah. Not to give anything away, but . . . she’s dead. Murdered, in fact. Sarah’s murder is shocking because she couldn’t be any more average. No enemies. No risky behavior. She’s just the girl on the sidelines.

It looks like her afterlife, on the other hand, will be pretty exciting. Sarah has woken up dead at the Mall of America—where the universe sends teens who are murdered—and with the help of her death coach, she must learn to move on or she could meet a fate totally worse than death: becoming a mall walker.

As she tries to finish her unfinished business alongside her fellow dead teens, Sarah falls hard for a cute boy named Nick. And she discovers an uncanny ability to haunt the living. While she has no idea who killed her, or why, someone she loves is in grave danger. Sarah can’t lose focus or she’ll be doomed to relive her final moments again and again forever. But can she live with herself if she doesn’t make her death matter?

Praise for I Woke Up Dead At The Mall

“? “This sparkling debut pulls out all the stops: sweet, sad, hopeful, funny, and romantic in turn, it’s a story bound to make readers laugh even as they cry.” —Booklist starred review "A feel-good novel about being dead? Only in this quirky, even romantic story."—Kirkus "Humorous and offbeat."—School Library Journal From the Hardcover edition.”