Throughout the 1970s and 1980s, John was, to children and parents alike, a friendly guide to the big wide world as the presenter of the world's first news programme for children, Newsround. And then, for a new audience, in 1989, John hosted the first episode of Countryfile - a show that he's now presented for almost three decades.

In this funny, moving and unique first memoir, John recounts his childhood, the high points and low points of one of the longest entertaining careers in history, and the people, family and animals in his own life that have shaped it.

John Craven was born in Leeds and started his journalistic career as a junior reporter on the Harrogate Advertiser. After spells with the Yorkshire Post as well as national press, he joined the BBC in Newcastle working on regional radio and television programmes before launching from London in 1972 the world's first television news bulletin for children, John Craven's Newsround. Millions of adults watched as well and he became one of the best-known faces on British television. After more than 3,000 editions, John left in 1989 to present the hugely successful Countryfile where he has remained ever since, championing the countryside and investigating rural issues. He also writes a regular column for BBC Countryfile magazine.

In the Millennium Honours, John was awarded an OBE for services to rural and children's broadcasting and the Royal Television Society has inducted him into its Hall of Fame. He is vice-president of the Waterways Trust, patron of the Whale and Dolphin Conservation Society and the Society for the Protection of Animals Abroad. 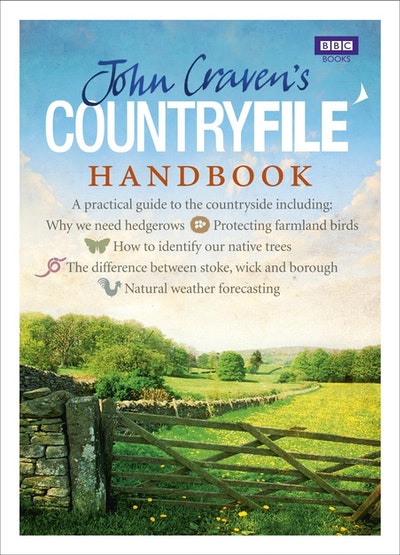 Praise for Headlines and Hedgerows

In this heart-warming and entertaining memoir Craven, now regarded as somewhat of a national treasure, recounts the high and low points of his career and the people, family and animals that have shaped his life

From his Yorkshire childhood to his television career from Newsround to Countryfile, the presenter tells his story

Magical memoirs. A BBC legend. A broadcasting icon. The best bits from cub reporter to Countryfile . . . his early career sounds like a riot