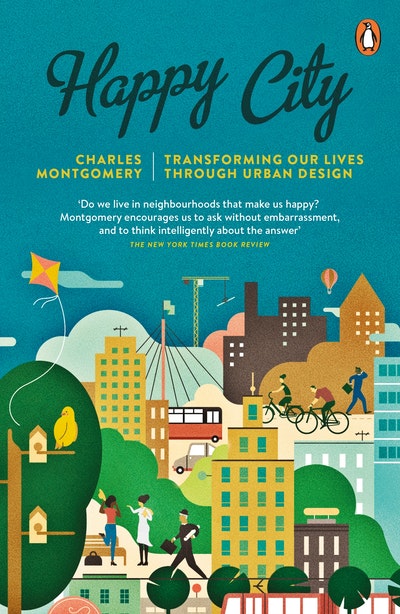 Transforming Our Lives Through Urban Design

This is going to be the century of the city. But what actually makes a good city? Why, really, are some cities a joy to live in? As writer and journalist Charles Montgomery reveals, it's not how much money your neighbours earn, or how spectacular the views from your windows are, or even how pleasant the climate is that makes the most difference. Journeying to dozens of cities - from Atlanta to Bogotá to Vancouver - he talks to the new champions of the happy city to discover the progressive movements already transforming people's lives. He meets the visionary Colombian mayor who turned some of the world's most dangerous roads into an urban cycling haven; the Danish architect who brought the lessons of medieval Tuscan towns to modern-day Copenhagen; the New York City transport commissioner who made out of the gridlock of Times Square a place where people could lounge in the sun; and the Californian mother with the super-commute who completely rethought her idea of the suburban dream for the sake of her son's health.

These urban trailblazers, as well as the many other planners, engineers, grass-roots campaigners and ordinary citizens, offer a wealth of surprising lessons for the rest of us. From how saying hello to your neighbours is just as important to your sense of trust as contact with close friends and family, and how living close to parks makes us smarter, kinder and reduces local crime rates, to the importance of the 'magic triangle' rule, Happy City shows thatsimple changes can make all the difference.