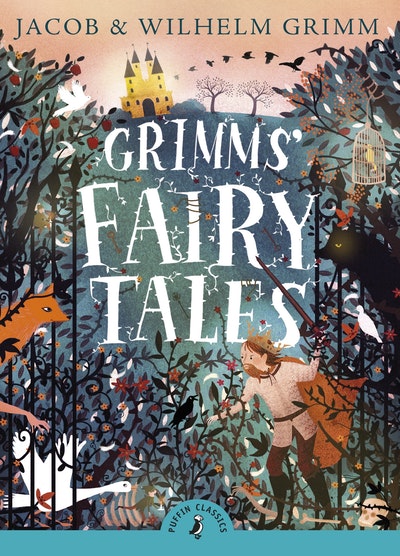 From the land of fantastical castles, vast lakes and deep forests, the Brothers Grimm collected a treasury of enchanting folk and fairy stories full of giants and dwarfs, witches and princesses, magical beasts and cunning children.

From the land of fantastical castles, vast lakes and deep forests, the Brothers Grimm collected a treasury of enchanting folk and fairy stories full of giants and dwarfs, witches and princesses, magical beasts and cunning children. From classics such as 'The Frog-Prince' and 'Hansel and Grettel' to the delights of 'Ashputtel' or 'Old Sultan', all hold a timeless magic which has enthralled children for centuries.

Jacob Grimm was born in 1785, followed by his brother Wilhelm in 1786. Their father, Phillipp, a judge, was ambitious and prosperous, while their mother, Dorothea, was a devoted and caring housewife, and they also had three more brothers and a sister. They lived in the town of Steinau in central Germany, in a large comfortable home. All the children went to school, and Jacob and Wilhelm were particularly bright and hard-working. Philipp Grimm died suddenly in 1796 and Dorothea and her children had to live on a much smaller income, though arrangements were made for Jacob and Wilhelm to continue their studies at a prestigious high school.
Although the brothers were very different – Jacob was serious and strong, while Wilhelm was outgoing, cheerful and asthmatic – they were inseparable and totally devoted to one another.They were both determined to prove themselves to be the best students at their school, studying for more than twelve hours a day. At university, the brothers discovered the study of ancient German literature and folk tales and began to collect these fairy stories, which were eventually published in two large volumes in 1812 and 1815. The brothers worked in business and law before both becoming librarians in the King’s library, and together they wrote many books about German literature, language and folklore, as well as beginning work on the first German dictionary.
Wilhelm died in 1859, and Jacob became more solitary than ever, though he continued to work on the brothers’ shared projects until his own death in 1863.