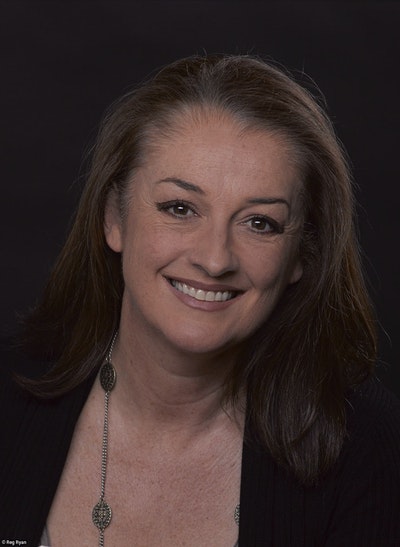 Hi there, Erica Jewell, are you a fictional character?
I most certainly am not! Although my creator thinks I am.

Tell us about this Grand Slam situation you find yourself in. What’s happening?
God, it’s exhausting. Where to start? Well, I work as media liaison for this oil company, Dega, and one of our rigs has blown sky high and we’re getting super bad publicity. On top of that, the Australian Open tennis is about to start and guess who’s major sponsor? That’s right. And guess who was given the job of coordinating the sponsorship? Uh huh. And you wouldn’t believe it, the star of the tennis circuit, Emilio Mendez, has demanded 24/7 attention from his major sponsor, who happens to be Dega Oil, and guess who’s the bunny who has to run around after Emilio?

Tell me about it.
Okaaaay. So, I go to meet Emilio and he’s got this reputation for being a womaniser. You know, he’s got a new girlfriend every month, and she’s always The One – you know – and guess who he decides is this month’s The One?

Thanks. So, what do you do? I mean, what about Jack? Aren’t you and he, you know...
No way! Jack Jones is totally commitment phobic. You know what he’s like. We’re just friends. With benefits. Besides, he’s got this woman staying with him—

At his house?
Yup. She’s some new recruit for The Team. From Sydney. All tanned and stuff.

Tell me about the conflict in this story, er, situation. Sounds like there’s plenty with the tennis player and girl from Sydney.
You don’t know half of it. For a start, I’m renovating my house which means I’ve got to stay at my mother’s.

Because Jack’s spare room is unavailable.
Yeah, thanks for the reminder. Anyway, Emilio gave me his lucky charm – you know, the most famous piece of jewellery in the world? The one thing in Emilio’s life that he can’t live without? The thing he needs to be able to play tennis and function?

You lost it?
It sort of got lost.

What will you do?
Not sure yet.

Okay, so, I see what you need to do in this... situation. You’ve got to find the lucky charm or he won’t be able to play.
Yup.

But what’s your motivation? What will happen if you can’t find it?
You mean, apart from destroying Emilio’s life and the fact that the world’s entire tennis-loving population wants to string me up in the town square?

I see. That’s a big problem. What are your chances of finding it? Where did you lose it?
Not telling. It’s too embarrassing. And I’m not sure about finding it. I think I know who’s got it but getting it back will be a problem.

Why?
Because she might cast a spell on me.

Right. So this is a paranormal kind of story situation?
Oh, no. Did I mention that someone’s trying to kill me?

The spell-casting lady?
No, someone else.

Moving right along. Is there a title for this situation? I mean, if it was just a story and not real, what would you call it?
Hmmm. It’s mostly around the tennis, and it’s pretty fast. Lots happening. Grand Slam could be good.

Better let you get back to it then. Say ‘Hi’ to your mum.
Can I stay at your house? 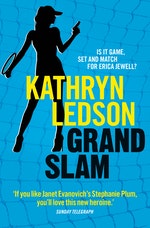