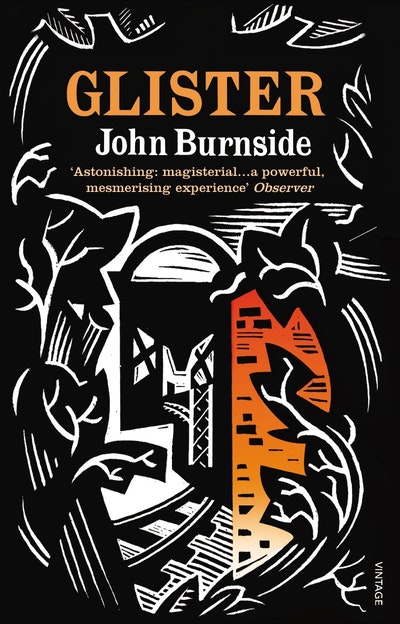 The terrifying new novel by the prize-winning Scottish author

The children of Innertown exist in a state of suspended terror. Every year or so, a boy from their school disappears, vanishing into the wasteland of the old chemical plant. Nobody knows where these boys go, or whether they are alive or dead, and without evidence the authorities claim they are simply runaways.

The town policeman, Morrison knows otherwise. He was involved in the cover-up of one boy's murder, and he believes all the boys have been killed. Though he is seriously compromised, he would still like to find out the killer's identity.

The local children also want to know and, in their fear and frustration, they turn on Rivers, a sad fantasist and suspected paedophile living alone at the edge of the wasteland. Trapped and frightened, one of the boys, Leonard, tries to escape, taking refuge in the poisoned ruins of the old plant; there he finds another boy, who might be the missing Liam and might be a figment of his imagination. With his help, Leonard comes to understand the policeman's involvement, and exacts the necessary revenge - before following Liam into the Glister: possibly a disused chemical weapons facility, possibly a passage to the outer world.

A terrifying exploration of loss and the violence that pools under the surface of the everyday, Glister is an exquisitely written, darkly imagined novel by one of our greatest contemporary writers.

Nobody does eerie quite like John Burnside... exquisite and haunting..... the violence in Glister is shot through with an awful grace...As with all of Burnside's work - poetry, novels and memoir - there is a vision of something inexplicable at the heart of things. I doubt I will read a more unsettling and memorable book this year

Darkly compelling murder mystery., the novel is also a densely layered engagement with questions of politics, spirituality, environmentalism and meta fiction. It is an incredible book; its echoes sound long after the end has been reached

Tackles the question of what lies beyond with wit and subtlety

The atmosphere of Glister is sustained by Burnside's distinctive and widely praised prose style, spare but ruminative, full of ideas and unusual formulations

Burnside burns most brilliantly when he allows himself free rein to become a prophet of the natural sublime... The world of this chilling novel is steeped in a nature so finely drawn that it aches with its pulsing, crippled mortality

Puts him in the class of Hardy and Lawrence

The unrelenting evocation of toxicity is remarkable

a taut, mystical thriller and a thoughtful meditation on humanity

Burnside's story uses suggestion and ambiguity rather than explicit statement, but has the power that comes from leaving plenty of space in which the reader's imagination can go to work

remarkable, genre-defying...Glister is a remarkable book...a fusion of styles and genres, and it succeeds magnificently on those terms...powerfully imagines and beautifully written...A haunting tale, not as depressing as you might expect, and highly recommended

Writing 'this dreamy melange of gritty urbanism with poetic crime puzzler, will appeal to the right reader very highly

Burnside's writing conveys an almost palpable thrill of discovery, a delight in the play of his imagination over this bleak terrain, an irrepressible joy in cultivating metaphor after metaphor and seeing them all, improbably, bloom...The emotion this brilliant and disturbing novel leaves you with is like the spooked feeling Leonard experiences...It takes your breath away, but you don't know if that comes from awe or terror. The Glister" is that kind of story. It's terrifying, and it feels like a gift.

I'm a year late (quite punctual, for me) in recommending John Burnside's austerely poetic novel

A novel that pierces the heart of evil... Consume it at night. Turn out the lights and watch the walls glow