Ghosts of the Tsunami

Death and Life in Japan

Richard LLoyd Parry uncovers the immediate aftermath and long-term effects of the Japanese earthquake and tsunami of 2011, which resulted in the loss of 18,500 souls.

'A remarkable and deeply moving book' Henry Marsh, bestselling author of Do No Harm

On 11 March 2011, a massive earthquake sent a 120-foot-high tsunami smashing into the coast of north-east Japan. It was Japan's greatest single loss of life since the atomic bombing of Nagasaki.

Richard Lloyd Parry, an award-winning foreign correspondent, lived through the earthquake in Tokyo, and spent six years reporting from the epicentre. Learning about the lives of those affected through their own personal accounts, he paints a rich picture of the impact the tsunami had on day to day Japanese life.

Heart-breaking and hopeful, this intimate account of a tragedy unveils the unique nuances of Japanese culture, the tsunami's impact on Japan's stunning and majestic landscape and the psychology of its people.

Ghosts of the Tsunami is an award-winning classic of literary non-fiction. It tells the moving, evocative story of how a nation faced an unimaginable catastrophe and rebuilt to look towards the future.

**WINNER OF THE RATHBONES FOLIO PRIZE**

Richard Lloyd Parry is Asia Editor of The Times. He was born in 1969 and was educated at Oxford. He has been visiting Asia for eighteen years and since 1995 has lived in Tokyo as a foreign correspondent, first for the Independent and now for The Times. He has reported from twenty-one countries and several wars, including Iraq, Afghanistan, Indonesia, East Timor, North Korea, Papua New Guinea, Vietnam, Kosovo and Macedonia. His work has also appeared in the London Review of Books and the New York Times Magazine. He is the author of In The Time of Madness, an eyewitness account of the violence that interrupted in Indonesia in the 1990s, and People Who Eat Darkness: The Fate of Lucie Blackman. 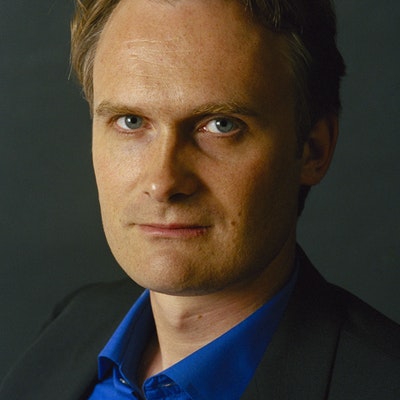 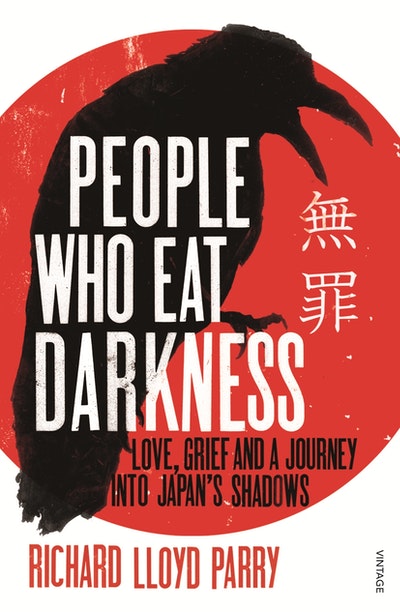 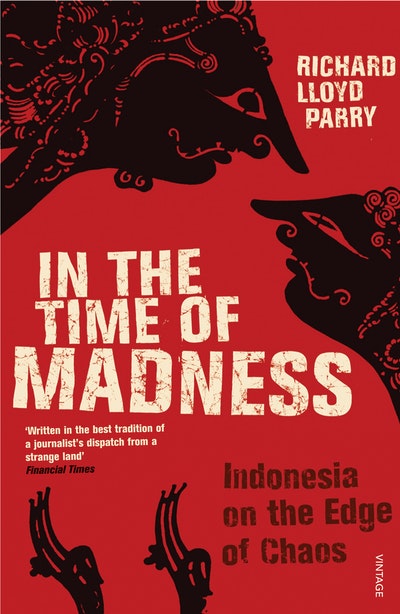 Praise for Ghosts of the Tsunami

A remarkable and deeply moving book - describing in plain and perfect prose the almost unimaginable devastation and tragedy of the Japanese tsunami.

A stunning book from the man who has a strong claim to be the most compelling non-fiction writer in the world.

Ghosts of the Tsunami is enthralling and deeply moving, fully conveying and involving the reader in the sheer horror and tragedy of all that happened yet with such beauty, honesty and sincerity. Richard Lloyd Parry has returned the trust and done justice to the victims and their families a hundredfold.

Ghosts of the Tsunami is a deeply moving and powerfully intimate work about the enduring strength of community and family in the face of unimaginable destruction and loss. This is a haunting, beautiful, and unforgettable book.

Ghosts of the Tsunami is alert to the social and political ramifications and transfixed by the spectral quality of the post-disaster landscape. These twin streams - one universal, the other intensely particular - come together in the mystery that is at this book's core. Some of his most fascinating chapters take in the disaster's psychological aftermath. It is full of stories of human endeavor, of individual and collective triumph over well-nigh insuperable odds. As well as being full of ghosts, Lloyd Parry's A-grade reportage is also full of metaphors.

Compassionate and piercing... giving it the character of a finely conceived crime fiction or a psychological drama. Tragic, engrossing.

Parry, a journalist and long-time Tokyo resident, is able to draw something meaningful, even lovely, from the well of misery. Overall, the strength of the book lies in its stories, its observations and its language. The language is daring throughout.

Mr Lloyd Parry offers a voice to the grieving who, too often, found it hard to be heard. It is a thoughtful lesson to all societies whose first reaction in the face of adversity is to shut down inquiry and cover up the facts. You will not read a finer work of narrative non-fiction this year.

A well-researched, polyphonic narrative of what happened on the day 133-ft waves swept in - and how the story continued long after the news cameras left. Lloyd Parry offers a rare glimpse into the history and culture of a region where entire villages were wiped out. By gaining the trust of those on the ground, the author has created an unrivalled account of how Tohoku grieved, and is still grieving.

Every time I think of it, I'm filled with wonderment... This book is a future classic of disaster journalism, up there with John Hersey's Hiroshima.

The character sketches are colourful; the chapters end on cliffhangers. Lloyd Parry's prose is fast-flowing, occasionally stopped short by a blunt sentence. His treatment evokes John Hersey's Hiroshima, published a year after the dropping of the bomb. He has done a fine job of fashioning a focused story, and some powerful arguments, from the tsunami's wreckage. But his book gives vivid expression to what should be obvious: there is nothing neat or aesthetic about a natural disaster like this.

Parry spoke to the parents and friends of the children and staff involved, and his relating of first-hand accounts of the tragedy is almost unbearable to read at times. Not an easy read, but a rewarding one all the same.

When Lloyd Parry wrote Ghosts of the Tsunami, he was seeking "the gift of imagination. the paradoxical capacity to feel tragedy on the surface of the skin, in all its cruelty and dread, but also to understand it. with calm and penetration". It is to his great credit that, once he attained this gift, he so generously shared it with us here.

The human cost of the deadly Japanese tsunami is examined in this powerful and absorbing work that exposes the emotional trauma the mountain of water left in its wake. Parry, who has worked in Japan for years, documents with great closeness and insight the impact of such staggering loss on people living in a society not noted for its emotionality.

His central narrative swirls around the black hole formed in those 45 critical minutes between quake and tsunami. He knows that its awful gravity may pull some readers in, and push others away.

Natural disaster is given a jarringly human constitution in Ghosts Of The Tsunami. This is "literary non-fiction", full of gilded language and sensations as Parry recounts the scene he was met with when he travelled up the coast of Japan to where the giant waves had hit. A transcendental reading experience.

Ghosts of the Tsunami deals mainly with the aftermath of the tragedy - days, weeks and months in which parents continued doggedly looking in the mud for their children, knowing full well that there was no chance of finding them alive. Their testimonies are unbearably moving.

Extraordinary. Lloyd Parry writes movingly about the emotional chasm that now separates the parents who saved their children and those who assumed the authorities knew best. God isn't very popular in the West these days, so it's striking to read a book written in civilized, elegant prose that doesn't rip apart Buddhist priests and Christian pastors at the first mention.

This is a haunting account of Okawa's loss and it is almost unbearably sad. Parry rarely speaks of his own reactions but he is the most compassionate of writers, allowing the voices of those he encounters to be heard. Exceptional.

A breathtaking, extraordinary work. Parry writes with great fluency and timing, like a novelist alternating cadences and withholding information from the reader so as to create moments of tension and surprise. And there is something of the folklorist in the way he discusses the tradition of ghost stories in places such as Tohoku and Sendai.

Parry studs the story with gems of language and detail... The result is a spellbinding book that is well worth contemplating in an era marked by climate change and natural disaster.

Ghosts of the Tsunami is a brilliant chronicle of one of the modern world's worst disasters, but it's also a necessary act of witness. The stories Parry tells are wrenching, and he refuses to mitigate the enormity of the tsunami with false optimism or saccharine feel-good anecdotes. Above all, it's a beautiful meditation on grief.

A sobering and compelling narrative of calamity.

The definitive book on the quake which killed more than 15,000 people and led to the Fukushima nuclear disaster.

A book of absolute, harrowing truth and beauty. I'd give up four of my novels to have written this book. 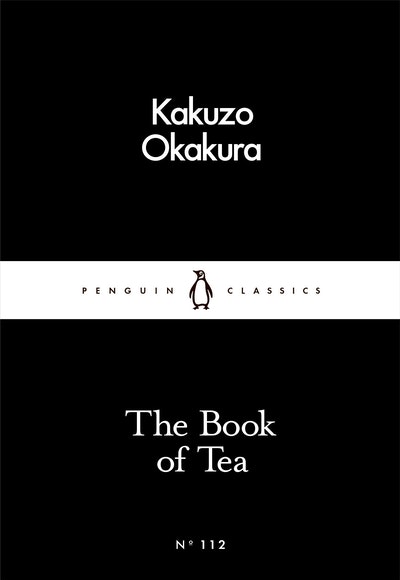