With photographs and quotes from her many, hugely loved books, Patricia Grace begins with her grandparents and parents and takes us through her childhood, her education, marriage and up to the present day in this touching and self-deprecating story of her life, the life of a writer, of a Maori woman and of a teacher. It expresses the love for family and for ancestral land; shows the prejudices she had to face and that made her stronger; and tracks her career as a writer.

‘We live by the sea, which hems and stitches the scalloped edges of the land.’

Renowned writer Patricia Grace begins her remarkable memoirs beside her beloved Hongoeka Bay. It is the place she has returned to throughout her life, and fought for, one of many battles she has faced:

‘It was when I first went to school that I found out that I was a Maori girl . . . I found that being different meant that I could be blamed . . .’

As she shows, her experiences — good and bad, joyous and insightful — have fuelled what became a focus of her life:

‘I had made up my mind that writing was something I would always do.’ 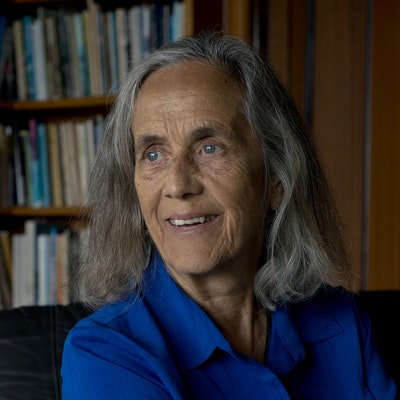 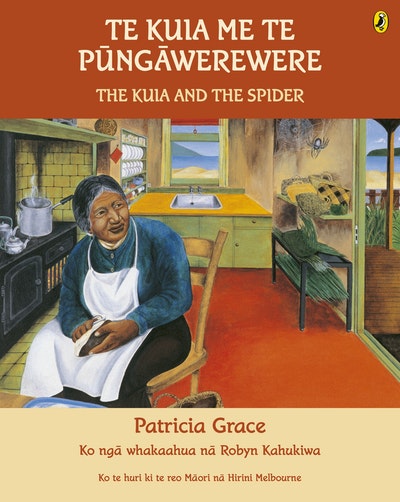 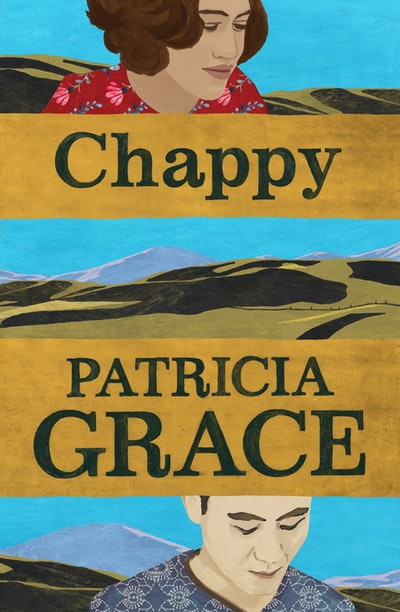 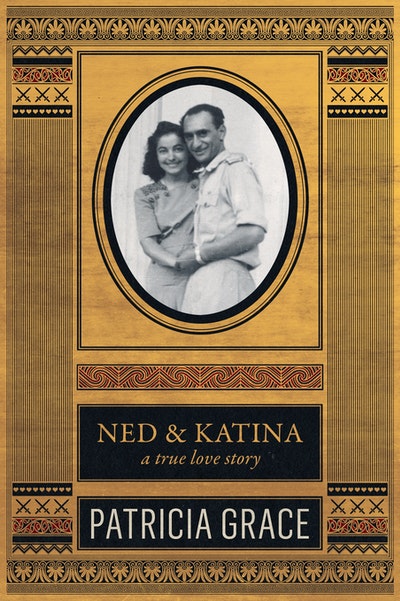 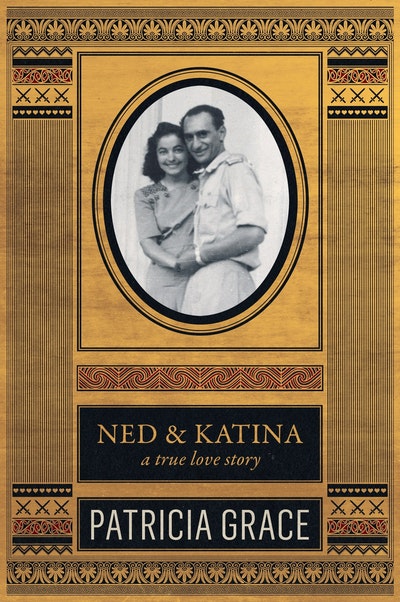 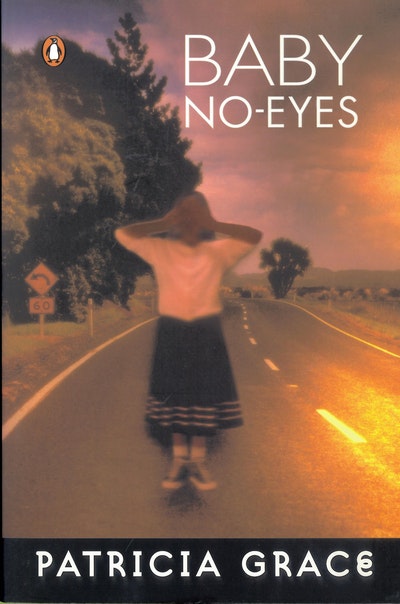 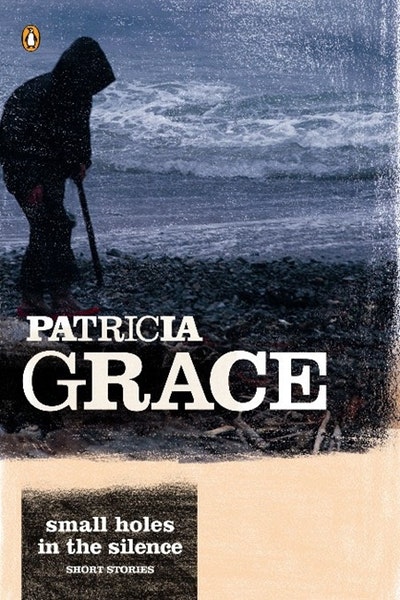 Praise for From the Centre

This book is quiet, honest, searching, exposing, wise. It is the life of a writer and that in itself is fascinating, but as Patricia will say, writing doesn’t come out of nowhere, it comes out of living. So this is also a book of living. Writing and living, woven like kete. From the Centre lifted me. This book is still lifting me. I would love every young Maori writer to read this, and indeed every young woman finding her way with words, against all odds, and indeed every young writer navigating the rugged terrain and the blessed epiphanies life holds out. And it comes down to the power of story . . . This is also a book of beloved whanau, of language, connections, multi-faceted aroha. . . . If I were to pick one book I have read this year and suggest you place it on top of your book pile this it is.

I've always viewed Patricia Grace as a kind of oracle. Long before it was fashionable to be anti-racist, she was calling out questionable children's books for depicting harmful stereotypes. She demanded story sovereignty from the beginning, refusing to put a glossary of kupu Maori in her books because she didn't want to suggest that we were foreign in our own land. From the Centre relays a lifetime of doing things her own way. It is the curated memories of a beloved wahine Maori who readers will enjoy getting close to. . . . The memoir is also an insight into the creative process of a celebrated writer. . . . She is bold, unafraid to do what is right for her and her stories. For me, it was a history lesson dressed in memory. There is so much about our recent history which has been obscured and the testimony of someone who was there strips the forgetting away. . . . It is a political act to remember that these are people who made a difference. . . . With Grace there is no distance between us, no shallow interpretation and we recognise that, in learning history, it matters who is telling the story.

A taonga of Aotearoa’s literary scene, Patricia Grace has a living legacy that began with short stories and progressed into novels, one of which was adapted into a film this year. Her latest work is a memoir. . . . From the Centre is a fascinating piece of social history about life in a bicultural family in New Zealand during wartime and in the decades afterwards.

A memoir from one of our most significant authors is rich and rewarding. . . . Grace has a voice like no other. Her prose is spare but rich with detail and imagery. Her stories' rhythms evoke the tradition of Maori oral storytelling. . . . This memoir reads as if she's telling her mokopuna anecdotes from her life not necessarily telling everything but what's important to know. . . . A terrific memoir from one of our most significant writers.

Book of the month: This memoir begins with a beautiful metaphor. Grace describes how she prefers to write in the living areas of her house there is an office, but the art happens where the life is. She describes the bush, flowers and birds outside these spaces to complete the scene, leading naturally to the story of her land at Hongoeka and its ownership. These themes are circled back to at the elegiac conclusion. From start to finish there is an emotional warmth that suffuses every sentence.

Understated and humble, this is the memoir of a proud and strong woman who has refused to stay silent about the things that matter to her. Written in her unique and rhythmic style it reads as though she is recalling anecdotes from her life and relaying them to the reader. A writer of unassuming magnitude.

Grace's writing is gentle and strong, and often funny in an out-of-the-side-of-the-mouth way. As in her fiction, there’s an absence of judgment of the characters. Instead, there’s a clarity there for the reader to interpret, and Grace has a marvellous talent for dialogue as character description. . . . This is a magnificent portrait of a writing life within these decades in Aotearoa.

Where there's Grace, there's power! Life has made Patricia Grace stronger, as this powerful (although touching) memoir reveals. Expressing her deep connection to her roots and ancestral land, and offering a candid account of facing prejudice, this book charts the life and work of a (now acclaimed) writer, from her childhood to the present day.

From the Centre traverses the expected distances from a rich childhood through to the present day, navigating the reader along chronological lines and in Patricia Grace’s distinctive voice, allowing us insight into the ways in which her many beloved stories and novels have emerged from her lived experience. But it also travels the enormous distance from the moon and back, powered on the incredible wingspan of her imagination. . . . The pages of this book are the leaves laid down as nest for whanau, and from whanau. . . . From the Centre is far more than a memoir, and on second reading I’m no longer convinced that ‘chronology’ is a useful descriptor. This book is cyclical and constant, it is political, it is geography on the hem of the ocean - a place where the moon and the birds converse.

Hot on the heels of the critically acclaimed film adaptation of her 1992 novel Cousins comes this generous and clear-sighted memoir from on of our most important writers. . . . Now 83 years old, award-winning Grace reflects on her childhood, education, family life, her work as a teacher and her career and process as a writer.

Grace writes with great power about her own life and the lives of her grandparents. It's all very understated but compelling, and reveals the many intimidations, harassments, racism and general abuse that most women will recognise.

Moving through both her life and literary works, this memoir from a deeply celebrated writer (who, in 1975, was the first-ever published Maori female author), gives insight into her formative experiences, both uplifting and challenging, from childhood onwards.

Patricia Grace's beautiful From the Centre: A Writer's Life is a moving insight into how Grace became one of our foremost thinkers and literary icons, from a childhood in Wellington occasionally blighted by bullies and racists, to moving to quiet Northland where she started writing while working and raising children. I found myself underlining and tagging pages and sentences I plan to return to.

My sense of Patricia Grace is one of quietly implacable resolve. She is that particular type of Maori woman who will – who will – follow through to the end whatever mahi she has set for herself, on her terms. It’s more than a mindset, this resolute spirit. It is her very being. It is the muka in the harakeke. In her new memoir From the Centre, Grace weighs her words carefully, wasting nothing, expressing the gravity, joy or disappointment of a moment in time with a clarity of language and a deep understanding that life is full of complexity and contradiction. . . . Patricia Grace is kaiwhakahaere. She is one of our great navigators. When I say “our”, I mean all of us who choose to try and make our way beneath the long white cloud. The life she charts in her journey “from the centre” is Aotearoa New Zealand revealing itself before her and around her. Grace renders her korero from the purviews of deep observation and personal connection, producing an anchor stone of resolve to keep us pointed properly home, allowing discomfort sometimes in our travels – discomfort that tells us something about ourselves. . . . “Perhaps the time was right for a stocktake, time to get in touch with beginnings, a reminder of a time when I’d had an unshakeable self-confidence,” writes Grace after an encounter with an unwanted cup of tea and a wonderfully eccentric oracle of the tea leaves. If this book is the reminder, Grace remains unshakeable.