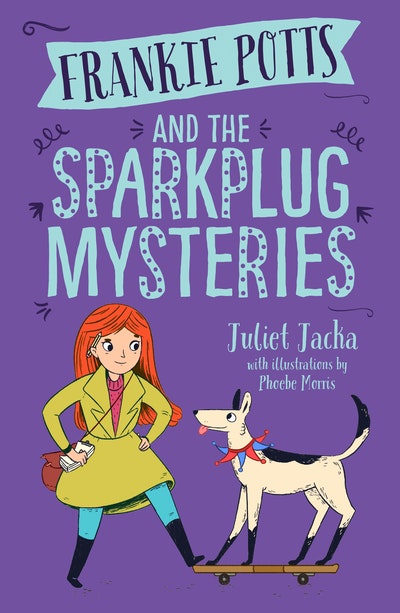 Frankie Potts and the Sparkplug Mysteries

Book 1 in Juliet Jacka's fabulous new chapter-book series about Frankie Potts, amateur detective, her clever dog named Sparkplug, her formidable and secretly tattooed grandma, strange trails of ants, and a circus that holds the key to all these mysteries...

Book 1 in Juliet Jacka's addictive new Frankie Potts series for readers ages 7–10.Meet Frankie Potts, the village of Tring's number one girl detective. She has flaming red hair, a questioning mind and an addiction to gobstoppers. And she is REALLY good at solving mysteries.When Frankie is adopted by a dog at the window of her favourite sweetshop, there's detecting to be done.The dog, Sparkplug, is adorable. Even Frankie's formidable Grandma M goes all soft and goopy in his presence. Sparkplug can ride a skateboard like a pro, high-five, dance on his hind legs and sniff out a mystery two houses away. He's the ideal dog for a detective. Sparkplug wants to stay with Frankie, and Frankie would dearly love to keep him — but where is he from?There are other mysteries to solve, and they all seem to be linked: trails of ants; Grandma M's odd behaviour; her secret tattoo . . . What? When and WHY did cardy-wearing Grandma get a tattoo?A circus has just arrived in the village — it seems a good place to start looking for clues. But first, Frankie will have to get Sparkplug past Tring Dog Control and her arch-enemy, Ralph Peter-McGee.

Juliet Jacka started writing junior fiction stories when she was on maternity leave with her first daughter (who was luckily a good sleeper). Juliet's first book Night of the Perigee Moon won the 2013 Tom Fitzgibbon Storylines Award and was published in 2014 by Scholastic. Her story The Keeper of Spirit Hill was shortlisted in Tom Fitzgibbon competitions in 2011 and 2013. Her delightful chapter-book series about Frankie Potts, red-haired girl detective was launched by Puffin in July 2016 with #1 Frankie Potts and the Sparkplug Mysteries and #2 Frankie Potts and the Bikini Burglar.

Juliet is pleased to be carrying on a family tradition by becoming a published author: she's the third generation to do so. She lives in one of Wellington's hilly suburbs in a red house by a railway line, with her husband and two young daughters. Juliet juggles writing with family life and her work, which involves doing inscrutable digital stuff with websites. 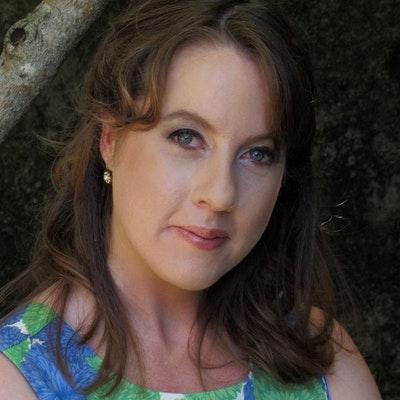 Phoebe Morris has been drawing for herself since 1996, and for other people since 2013. From a small studio in Wellington, she has collaborated with acclaimed author David Hill on award-winning picture book biographies of famous New Zealanders for Penguin Random House New Zealand: Sir Edmund Hillary (First to the Top, 2015), Burt Munro (Speed King, 2016), Jean Batten (Sky High, 2017) and Sir Peter Blake (Hero of the Sea). Phoebe is also the illustrator of the Frankie Potts junior fiction series by Juliet Jacka.Unanimously praised for the quality of the illustrations, First to the Top was named a 2016 Storylines Notable Picture Book. In a review for the New Zealand Listener, Ann Packer wrote 'Wellingtonian Phoebe Morris makes a stunning debut as an illustrator ... from the arresting cover, through cameos of his younger life, to haunting, other-worldly mountainscapes, Morris's style gives the old story a cool new edge.'In 2018 Phoebe was shortlisted for the Russell Clark Award for Illustration in the New Zealand Book Awards for Children and Young Adults.Though much of her work focuses on narrative storytelling, Phoebe also creates illustrations for apps, websites, editorials, animation and interior design. Find out more about her work at phoebemorriscreative.com 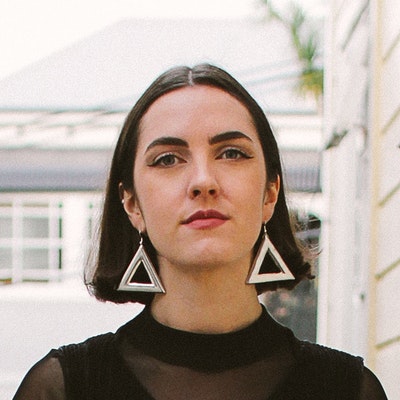 Praise for Frankie Potts and the Sparkplug Mysteries

This is a fun series with a great title character, delinquent archenemies and endless mysteries to solve. Not just for girls.

Frankie is a very relatable character, a not-girly girl who kicks ass when she has to, and has the best dog in the world to help her ... Phoebe Morris adds some great touches with her page and small character illustrations.

Not too difficult for a good six year-old reader, not too condescending for ten year-olds, and with the universal appeal of being both intriguing and funny.