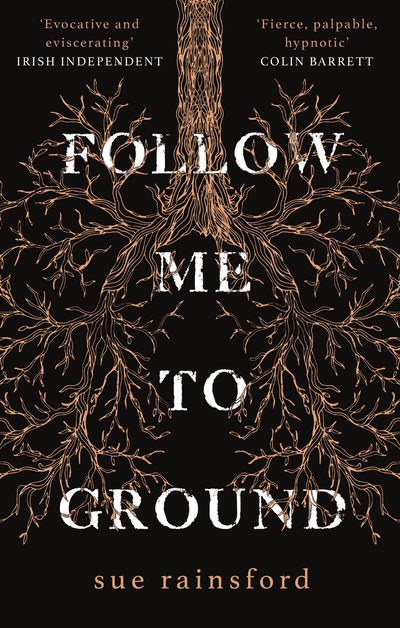 'A tangled, gnarled, wonderfully original, strange, beautiful beast of a book' DAISY JOHNSON, author of Everything Under

'Beautiful and terrifying' SUNDAY TIMES'Seethingly assured debut fuses magical realism with critical and feminist theory' GUARDIANIn house in a wood, Ada and her father live peacefully, tending to their garden and the wildlife in it. They are not human though. Ada was made by her father from the Ground, a unique patch of earth with birthing and healing properties. Though perhaps he didn't get her quite right. They spend their days healing the local human folk - named Cures - who visit them, suspiciously, with their ailments.

When Ada embarks on a relationship with a local Cure named Samson, and is forced to choose between her old life with her father, and a new one with her human lover. Her decision will uproot the town - and the Ground itself - for ever.

A poised and simmering tour-de-force, FOLLOW ME TO GROUND is a sinister vision of desire and freewill, voiced in earthy prose and eviscerating detail by an astoundingly original new writer.'Equal parts beauty and horror, and unlike anything you will read this year' TEA OBREHT'Fierce, palpable, hynoptic. A dazzling, troubling dream' COLIN BARRETT'A writer to watch' METRO'An astonishing debut heralding the career of an exciting new writer. Strange, lyrical, and arresting, this novel will draw readers into its extraordinary spell.' KIRKUS starred review LONGLISTED FOR THE DESMOND ELLIOT PRIZE 2019

SUE RAINSFORD studied History of Art at Trinity College, Dublin, and works as an arts writer. While studying Visual Arts she read Simone de Beauvoir and became fascinated by the poetic, metaphorical language around the female experience. From here emerged the book's hints of magic realism and other unique imagery. Sue Rainsford lives in Dublin. Follow Me to Ground is her first novel and was longlisted for the Desmond Eliot Prize. Her second, Redder Days, is due to be published by Doubleday in 2021. 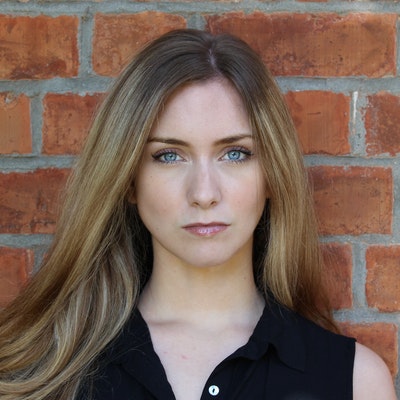 Seethingly assured ... odd and muscular enough to resist easy interpretation. It can be read on many levels – as a fable about female yearning, or about containment and contagion; as an investigation into toxic relationships or a puzzle over the borders between human and non-human – but it is always singularly and entirely itself

Enthralling . . . Lyrical, dark and detailed, the story twists like a root, bent in one way by desire, in another by fate.

Impressive . . . Rainsford is a writer to watch.

Rainsford writes beautifully with a lyrical, earthy prose which is evocative and eviscerating yet mesmerising. She gives Ada a unique voice which fills and haunts the narrative. One of the strangest books I've read in a long time, it is utterly compelling and will linger, uninvited, in your consciousness long after you've turned the last page.

Equal parts beauty and horror, and unlike anything you will read this year

Rainsford's fairy and folktale sensibility blends seamlessly with horror . . . An astonishing debut heralding the career of an exciting new writer. Strange, lyrical, and arresting, this novel will draw readers into its extraordinary spell.

A wildly imaginative exploration of desire, fear and what it means to be a person . . . Beautiful and terrifying

A quite unclassifiable creation, accomplished if unpinnable. There are many genres dipping their toes into this little plot: magical realism, practical gardening, myths and mythology, folk tales, sex for beginners, alternative medicine – with a soupçon of horror to stupefy the reader. Fairy tale comes closest perhaps, but not as many would know it

Quite extraodinary. Dense, subtle and beautiful. I want to start reading it all over again

ANNE YOUNGSON, author of Costa-shortlisted MEET ME AT THE MUSEUM

Bound in imagination and riveting from start to finish.

Follow Me To Ground is an unnerving, beautifully controlled tour-de-force, a sinister tale that questions our preconceptions of predator and prey and the consequences of unchecked desire.

Brimming with dark folklore and underworld energy, Rainsford’s stellar debut features a memorable heroine chafing against her monstrous isolation…Rainsford excels in describing the grotesque beauty of…alternative medicine in which the humming healers feel their “way to the pitch of [the patient’s] hurt”…This is a subtle, unsettling novel in which desire is an ineradicable sickness that can be preferable to health.