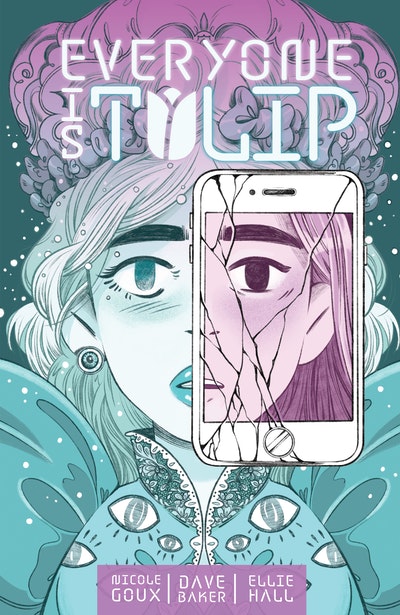 Centered around the aspiring actress Becca and her whirlwind rise to stardom, Everyone is Tulip is an original graphic novel that explores what it means to be a "star" in a generation that places more attention and value on YouTube clips and memes than it does Hollywood celebrities.

Becca Harper lands an acting role she didn't think would go anywhere, and suddenly finds herself flung into a "15 minutes of fame" that sees her likeness not up in lights, but in memes, reaction videos, and even conspiracy theories.

Donning the guise of "Tulip" for an experimental artsy video, directed by an affluent jerk (that she somehow ends up dating), Becca's dreams seem to have come true when her persona becomes the talk of the internet. With a sudden army of fans, complications arise when Becca begins to question whether or not she has the right to consider herself a star.

Created by indie comic all-stars Dave Baker (Star Trek: Voyager - Seven's Reckoning, F*ck Off Squad, Night Hunters) and Nicole Goux (Shadow of The Batgirl, F*ck Off Squad, Jem and The Holograms: Dimensions 3, Murders), Everyone is Tulip is a deeply psychological exploration of the new frontier of modern media and the discomfort of internet fame.