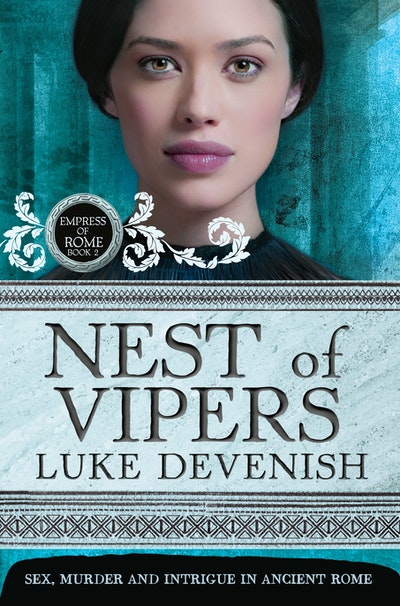 Empress Of Rome 2: Nest Of Vipers

Three women, one goal... who will be Empress of Rome?

Three women, one goal... who will be Empress of Rome?

Rome is bathed in blood as the Emperor Tiberius is tormented by drug-fuelled terrors of treason. The innocent are butchered while the guilty do evil in darkness. None are guiltier than the Emperor's devoted and deluded 'son', Sejanus.

In this city of poison three beautiful women are locked in a lethal rivalry.
Agrippina. Driven mad with grief, her obsession with revenge for her murdered husband imperils the lives of her children.
Apicata. Robbed of her eyes and embittered in her heart, she schemes in the shadows to empower the husband who despises her.
Livilla. Sensual and sly, she is gripped by a lust for a lover as deadly as he is desirable.
Three women. One goal. Who will be Empress of Rome?

Moving stealthily among them is Iphicles, arch schemer and slave, whose haunted heart is lightened by the eunuch Lygdus, his willing apprentice in murder. With paralysed Livia now a helpless captive to her slave, it is the repellent brat Little Boots' turn to profit from prophecy. But as Iphicles' deadly plan to enthrone Little Boots unfolds, Livia struggles secretly towards recovery with the help of the sorceress Martina. Rome is a nest of vipers, and Livia, the one true Empress of Rome, is hell-bent on wreaking her vengeance…

Luke Devenish is a scriptwriter, novelist, playwright and lecturer. Head Writer with Neighbours from 2001 to 2007, he worked in key creative roles including Script Producer, Story Editor and Supervising Script Editor. He oversaw well over 1,500 episode scripts for the iconic Aussie soap. Previously, Luke was Script Executive on Something in the Air and, with ABC TV Drama, worked in the writing and development of SeaChange, RAW FM and others.

Before working in the television industry, Luke was a playwright, with productions of his work staged by Playbox, the Adelaide Festival, the Sydney Festival and NIDA. A graduate of Curtin University's Creative Writing stream, Luke studied fiction under Elizabeth Jolley and Tim Winton. He regularly teaches story editing and screenwriting for the Australian Film Television and Radio School. 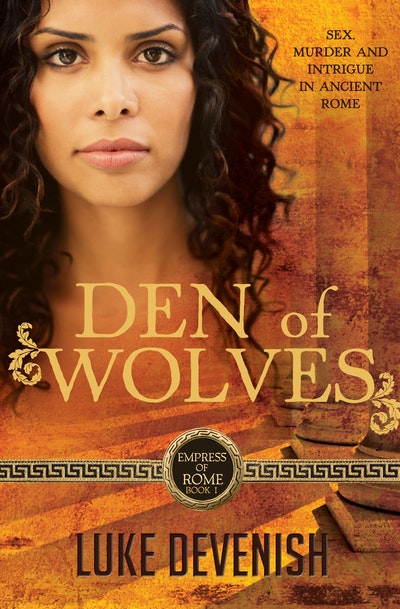 Praise for Empress Of Rome 2: Nest Of Vipers

Den of Wolves is an engaging examination of human nature and a genuine throwback to the good-old-fashioned scandal, sin and swords novel.

This is the first instalment of the series of novels which will boil all the pots of Roman villany, lust and betrayal.

A thrilling tale of sex, murder and corruption, and a fascinating insight into the last days of the Roman Empire.