The Concubine Who Launched Modern China

From the bestselling author of Wild Swans and Mao: The Unknown Story, the extraordinary story of the woman who single-handedly dragged China into the modern age

Discover the extraordinary story of the woman who brought China into the modern age, from the bestselling author of Wild Swans

In this groundbreaking biography, Jung Chang vividly describes how Empress Dowager Cixi - the most important woman in Chinese history - brought a medieval empire into the modern age. Under her, the ancient country attained virtually all the attributes of a modern state and it was she who abolished gruesome punishments like 'death by a thousand cuts' and put an end to foot-binding. Jung Chang comprehensively overturns the conventional view of Cixi as a diehard conservative and cruel despot and also takes the reader into the depths of her splendid Summer Palace and the harem of Beijing's Forbidden City, where she lived surrounded by eunuchs - with one of whom she fell in love, with tragic consequences.

Packed with drama, fast-paced and gripping, it is both a panoramic depiction of the birth of modern China and an intimate portrait of a woman: as the concubine to a monarch, as the absolute ruler of a third of the world's population, and as a unique stateswoman. 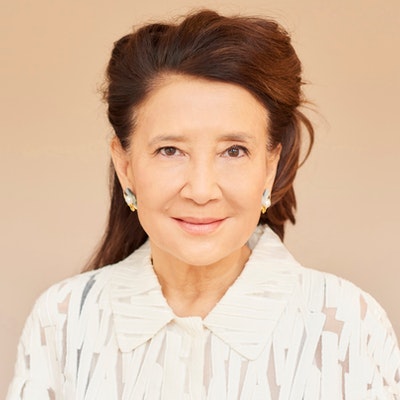 Jung Chang tells a story and what a colourful tale it is.This is history at its most readable.

A truly authoritative account of Cixi's rule. Her story is both important and evocative.

If there is one woman who mattered in the history of modern China, it is the empress dowager Cixi.[Her] conventional image is queried in this detailed and beautifully narrated biography, which at long last restores the empress dowager to her rightful place. Chang's book relies heavily on the vast holdings in the imperial archives in Beijing... She has a wonderful eye for the telling detail and excels at unravelling palace intrigues and corridor politics.

In this vivid biography, as colourful and intricate as the embroidery on a Chinese robe, [Jung Chang] uses new evidence and meticulous research to cast a spotlight on the amazing woman she regards as the mother of modern China.This is a rich, dramatic story of rebellions, battles, plotting, rivalry, foreign invasion, punishment and forbidden love.

Chang has a proven Midas touch... Empress Dowager, by returning to female experience in the style of Wild Swans yet focusing, like Mao, on a controversial ruler, should appeal to fans of both.

Filled with new revelations, it's a gripping and surprising story of an extraordinary woman in power. Using Chinese sources, totally untapped by western books, this reappraises one of the great monstresses of modern history... Jung Chang's revisionism means that this book reveals a new and different woman: ambitious, sometimes murderous, but pragmatic and unique. All of this adds up to make Empress Dowager Cixi a powerful read.

This is an important book, drawing attention to a period in China's history that has received little, and usually only negative, attention. Chang writes with verve, energy and evident concern for the country in which her books are proscribed and her family was made to suffer during the Cultural Revolution.

Fascinating. A depiction of the birth of modern China and an intimate portrait of a woman, this is history writing at its best

A beautifully narrated biography. Chang has a wonderful eye for the telling detail

Chang turns the harridan into a heroine.

One of the most important authors of our age, in that she has shown China to the world.

Chinese political history can be a tough nut to crack, but Chang weaves in and out of Cixi's biography with an ease that is almost as astounding as the events themselves