The highly anticipated collection by Danez Smith: 'One of the year's essential books' NPR

*A Financial Times and Telegraph Book of the Year 2018*

'[Smith's] poems are enriched to the point of volatility, but they pay out, often, in sudden joy' The New Yorker

Award-winning poet Danez Smith is a ground-breaking force, celebrated for deft lyrics, urgent subjects, and performative power. Don't Call Us Dead opens with a heartrending sequence that imagines an afterlife for black men shot by police, a place where suspicion, violence, and grief are forgotten and replaced with the safety, love and longevity they deserved here on earth. Smith turns then to desire, mortality - the dangers experienced in skin and body and blood - and an HIV-positive diagnosis.

'Some of us are killed / in pieces,' Smith writes, 'some of us all at once.' Don't Call Us Dead is an astonishing and ambitious collection, one that confronts, praises, and rebukes an America where every day is too often a funeral and not often enough a miracle.

Danez Smith is the author of Don’t Call Us Dead, winner of the Forward Prize for Best Collection, the Four Quartets Prize awarded by the Poetry Society of America, and a finalist for the National Book Award. They live in Minneapolis. 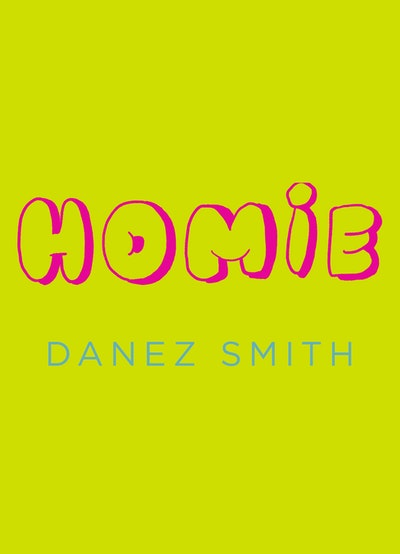 Praise for Don't Call Us Dead

This book is poetry as fierce fire. There is such intelligence and fervor in these poems about black men and their imperiled bodies, gay men and their impassioned bodies, what it means to be HIV positive, and so much more. Every poem impressed me, and the level of craft here is impeccable

Tremendously moving, an exalting and longed-for acknowledgement of historical pain ... Smith’s ability to look death squarely in the eye and seize from it language that is fertile with myth, beauty and intellect is astonishing

A powerful and moving read. Smith pays tribute to the young black men America has lost to police shootings, racism and injustice, and writes disarmingly about life and sex with HIV, all in a restless verse

Haunting … This material is necessarily bleak, but Smith’s mercurial invention means it’s never merely grim … The visionary 23-page opener, “summer, somewhere” […] is something truly remarkable; a song from a sunlit afterlife, an “unpopular heaven” for black boys killed young, all delivered in taut couplets …Memorable, moving and imbued with moral purpose. I read and re-read this collection (particularly its opening poem) over several weeks… “summer, somewhere” is, by any measure, a brilliant poem

Tristram Fane Saunders, The Telegraph, Poetry book of the month

[Danez Smith’s] poems are enriched to the point of volatility, but they pay out, often, in sudden joy… they also know the magic trick of making writing on the page operate like the most ecstatic speech. And they are, in their cadences and management of lines, deeply literary. I hear Gerard Manley Hopkins, the Jesuit priest who jury-rigged his verse to express personal turmoil, and Hart Crane, whose gentleness was expressed in an American idiom full of thunderclap, and Allen Ginsberg, who loved and learned from them both. The addition of Smith’s star turns a random cluster of points into a constellation, the way new work of this calibre always does… In this moving, unsettling work, the question is not simply one of craft. It’s about how the body and its authority can be manifested in writing, with only the spindly trace of letters to stand in for it

[An] achingly gorgeous poetry collection by the brilliant Danez Smith ... There is a hope here, pleas and prayers; these poems pierce and they burn, they work as incantations, they lift you up, but refuse to settle you back down. They are miraculous, sublime; if you do one thing for yourself this summer, let it be to read this book, and linger over each and every word

What is so extraordinary about this collection is its lyricism, its humanity, and its urgency. Don’t Call Us Dead is an historical commentary, a scientific document, a personal narrative, and a formal poetics. Smith uses every tool of craft at a poet’s disposal to deliver powerful, urgent, deliberate, crucial poems. Don’t miss this book

Elegy meets celebration of the black male body on every page . . . Smith can’t help but be breathtaking in style and substance

Where the stakes of living are high, Danez Smith puts their body right on the front line—‘i survived yesterday,’ they write, ‘spent it ducking bullets.’ In an America that conspires against black, brown, queer, and trans bodies, Danez writes poems of insistence and resistance; they anticipate a better world for all of us ‘where everything is sanctuary & nothing is a gun.’

Smith transcends elegy in this intimate, humorous, and biting collection in which he writes of desire, mortality, white supremacy, and more

Danez Smith is an original – that rare blend between raw blinding light, an instinct for the well aright line, the courage to walk into his own love and pain armed only with the fragile hope of words, and a fire so unique it’s all his own. In Don’t Call Us Dead he demands we stand only in the truth of our own fear and build a love that’s so redemptive and real. If you have ever lost faith, if you want to believe in life, then you must read this book – it will humble and uplift you, leave you understanding that in the face of it all, there is only awe

Part indelible elegy, part glorious love song to ‘those brown folks who make / up the nation of my heart,’ Smith’s powerhouse collection is lush with luminous imagery, slick rhythms, and shrewd nods to Lucille Clifton, Beyoncé, and Diana Ross. Incandescent, indispensable, and, yes, nothing short of a miracle

The content as well as the writing is transcendent

These poems work to drive open a space of hope and resistance. Smith’s visions of the afterlife are visions of this world caught and held in a moment between hates… It should go without saying that these poems’ concerns speak as urgently to readers in the UK as the US