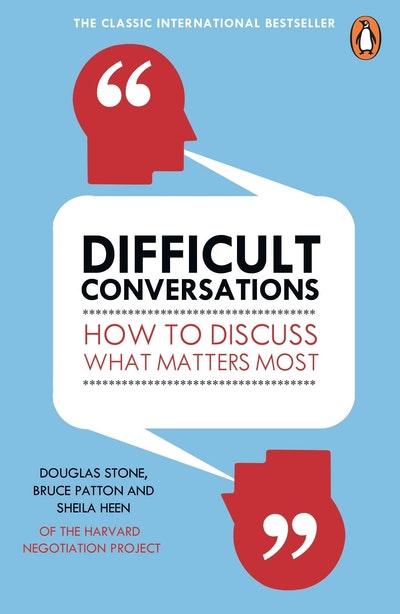 How to Discuss What Matters Most

We've all been there: We know we must talk to a colleague, our boss or even a friend about something we know will be at least uncomfortable and at worst explosive. So we repeatedly mull it over until we can no longer put it off, and then finally stumble through a confrontation when we could have had a conversation.

Difficult Conversations is the definitive work on handling these unpleasant exchanges, based on 15 years of research at the Harvard Negotiation Project. It teaches us to work through them by understand that we're not engaging in one dialogue but three: the "what happened" conversation (what do we believe was said and done), the "feelings" conversation (the emotional impact on everyone involved), and the "identity" conversation (what does this mean for everyone's opinion of themselves).

In a world where asking for a pay rise, saying 'no' to your boss, asking a favour or apologizing for a mistake can be a horrendous nightmare, Difficult Conversations deserves its position as a business classic.

BRUCE PATTON is deputy director of the Harvard Negotiation Project.