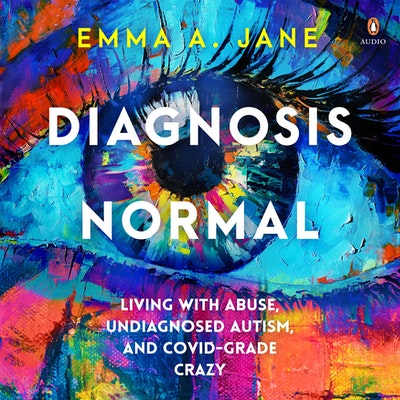 A memoir of unspeakable things

‘I have three gears: glum melancholy, inappropriate outbursts, and extreme slapstick. On a good day, I can pass as normal but not for too many minutes. I’m what most people would regard as a hardened introvert . . . I like other people. I’m just not very good at them.’

Emma Jane has lived a thousand colourful lives. She escaped a small town and a traumatic childhood by moving to Sydney, where she made an indelible imprint on the oppressively blokey mediascape. She played in an all-girl band, married a rock star she hardly knew, had a baby, ditched journalism for academia, and changed her name from Emma Tom to Emma Jane. But all the while she was struggling with her mental health. Then, during the first Sydney lockdown she was accidentally sectioned in a psychiatric ward. At the time she wasn’t sure whether to be more embarrassed by the institutionalisation or the fact she’d forgotten to set her at-home eyebrow dye timer and looked like Groucho Marx. Given everyone suffered some sort of corona-related DIY body hair disaster, however, she decided to focus on her confinement, and when she was subsequently diagnosed with autism spectrum disorder a number of things suddenly fell into place.

Emma writes candidly about the complex combination of autism, mental illness and childhood sexual abuse that led to her being the person she is, and explores the impact each has on so many others in society. Critically, by breaking the toxic silence surrounding sexual violence and mental illness, she raises the possibility of not just surviving them but thriving. As she writes: ‘We need to speak unspeakable things. We need more un-pretty stories.’

Emma A. Jane - formerly published as Emma Tom - is an Associate Professor at UNSW Sydney. Her research specialties are diverse and include gender, misogyny on the internet, the future of work, and the social and ethical impacts of emerging technology. She has presented the findings of her research to the Australian Human Rights Commission, the Australian government's Workplace Gender Equality Agency, and the Festival of Dangerous Ideas at the Sydney Opera House. Prior to her career in academia, Emma spent nearly 25 years working in the print, broadcast, and electronic media. Over the course of her working life, she has received multiple awards and prizes for her scholarly work, her journalism, and her fiction. This is her eleventh book. On the weekends, she makes GIFs of her dogs, fools around with Excel macros, and reads books about how to read books by Wittgenstein. She really is quite the nerd.