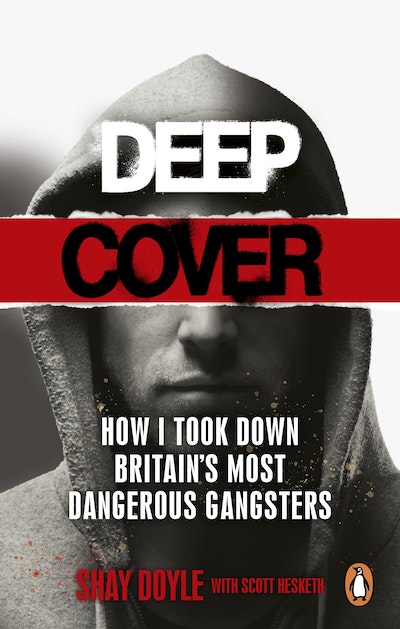 How I infiltrated Britain's most dangerous gangsters

An explosive first-hand account of Level 1 undercover police work, from the cop who infiltrated and dismantled some of the UK's toughest gangs and high-profile gangsters, including Salford's 'Mr Big' and cop killer Dale Cregan. For fans of Running with the Firm, Good Cop Bad War and Soldier Spy

'This time he wasn't getting up. Neither were the two young women he'd just murdered. The two unarmed young police officers he cut down in a hail of 32 bullets and the fragments of a grenade, ending their promising lives so savagely, so senselessly. I felt empty. Cold. How had it come to this?'

Shay grew up on a tough Manchester council estate where drugs and gangs were rife. A life of crime would have been an easy path to take. So it went against everything that was expected of him when he joined the police.

It wouldn't be long before Shay's prodigious talent caught the attention of the top. Then came the call that changed his life: an offer to join the secret Level 1 undercover unit known as Omega. And it was easy to see why they wanted him: he wouldn't have to stray too far from what he already knew. He had all the attributes of a professional criminal: the athletic physique of a cage fighter, the talk, the walk. Streetwise and fearless, he'd be a match for the most hardened villain. He was given a new identity, his DNA and fingerprints were removed from the national database, and so began the life of Michael Lydiate.

In a distinguished covert career spanning 17 years, former solider Shay infiltrated Moss Side gangs, was part of a hand-picked team hunting Dale Cregan and was brought in to break up a gang war wall of silence after the murder of Salford 'Mr Big' Paul Massey. But there would be a heavy price to pay for a life in the shadows, where any mistake could have lethal consequences...