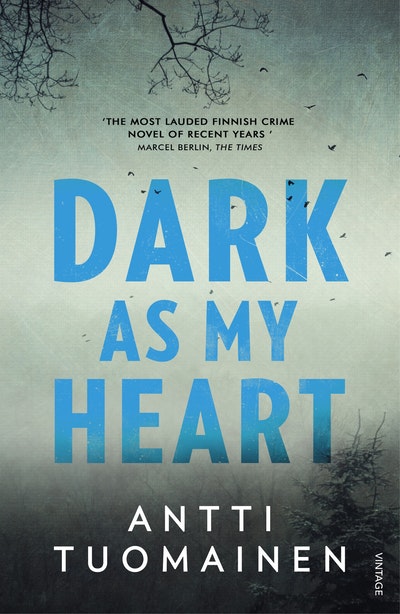 Dark As My Heart

A Hitchcockian psychological thriller from Finland's top crime writer, about a son's search for the truth about his mother's disappearance

From Finland's top crime-writer, the prize-winning author of The Healer

Aleksi lost his mother on a rainy October day when he was 13 years old. 20 years later, he is certain that he knows who's responsible. Everything points to millionaire Henrik Saarinen. The police don't agree. Aleksi has only one option: to get close to Henrik Saarinen and find out the truth about his mother's fate on his own. But as Aleksi soon discovers, delving into Saarinen and his beautiful daughter's family secrets is a confusing and dangerous enterprise.

Dark As My Heart tells the story of a mother and son and the search for justice. It's a story about the cost of obsessions, the price of vengeance and the power of love. Set against a vividly conjured bleak and beautiful Finnish landscape, Dark As My Heart is both a Hitchcockian mystery tale and a modern Greek tragedy.

Antti Tuomainen was born in Finland in 1971 and lives in Helsinki. His novel The Healer was awarded the Clue Award for Best Finnish Crime Novel. Bestselling author Sofi Oksanen has said of Tuomainen’s work: ‘The ability to use all the tricks of crime fiction and all the tools of poetry makes Tuomainen's work unique.' 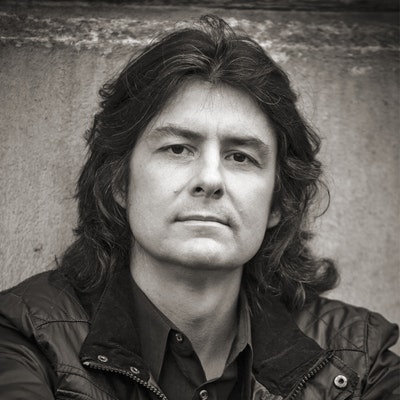 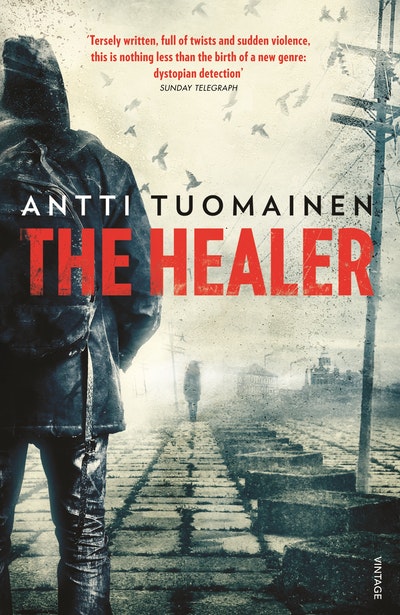 Praise for Dark As My Heart

A dark and thrilling book with unexpected twists.

Here is an international crime sensation, a wordsmith who delivers macabre details and close observations in a clear-cut and poetic voice. A dense crime mystery.

Within the framework of an intricate plot sure to delight every puzzle loving crime enthusiast, unfolds a sensitive and multi-layered story

Dark As My Heart is first and foremost a strong psychological story of obsessions and the ways they manifest themselves. Of sorrow and longing. Of revenge and pain. Tuomainen's writing is excruciatingly suspenseful, with a rough masculinity, and yet so beautiful

The king of Helsinki Noir... The novel soon brings James Ellroy to mind, more specifically the brilliant My Dark Places, where Ellroy tries to make sense of his murdered mother's fate

A breathtaking journey between a deserted estate by the water and a wintery Helsinki." ????

Dark As My Heart, the most lauded Finnish crime novel of recent years, lives up to its acclaim

Antti Tuomainen is a poet as well as one of Finland's most successful crime writers. Dark As My Heart. had a rapturous reception in his home country, where a Finnish crime novel since 2000. The novel contains passages of lyrical intensity, along with bloody scenes that would not be out of place in a Jacobean revenge drama

Scandinavian crime fiction has a reputation for being a class apart, and this gripping Finnish psychological thriller displays the finest hallmarks of the genre.

A novel as icy as Helsinki itself, Tuomainen delivers a dark, chilly and evocatively written novel of obsession and twisted emotion.

It's dark, captivating and troubling.

Dark as My Heart is definitely THE crime story of this summer. (.) Antti Tuomainen is the freshest success in the Finnish thriller novel field. His new book Dark As My Heart proves it. The book is sensational

Refined writing and thinking, original and different from the mainstream. *****

The story carries a strong purpose, a downright obsession, under which everything culminates. .. The novel is extremely well written, and is a pleasure from a literary perspective as well

With this thriller, Antti Tuomainen shows that he is one of the best crime authors in Finland. The story is believable, exciting and wistful at the same time