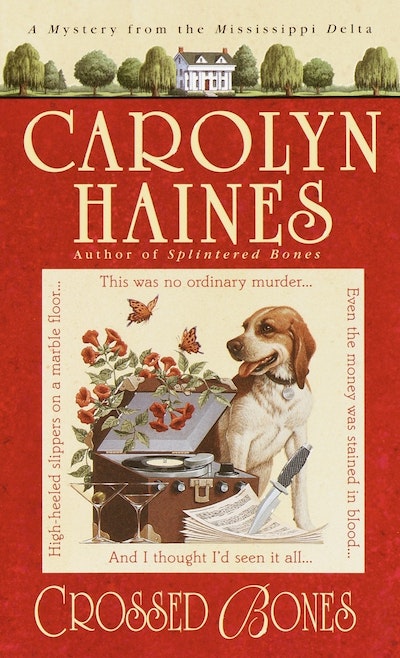 In rich, atmospheric mysteries set against the backdrop of modern-day Mississippi, Carolyn Haines has given the southern belle a brilliantly hip makeover. Now Haines and her unforgettable heroine, Sarah Booth Delaney, are back with a tale about skeletons in closets--and elsewhere.

Sarah Booth Delaney is no ordinary P.I. A born-and-bred Mississippi belle, she struggles to hold on to her family's plantation and keeps up a running conversation with the ghost of her great-great-grandmother's nanny, a busybody who decks herself out in a stunning new outfit every day--and schemes to save Sarah Booth from spinsterhood. Not one to wait around for a white knight, Sarah takes on the kind of cases no one else will touch. Like trying to exonerate a man accused of murdering Sunflower County's most popular musician.

The two men met in prison: Ivory Keys, a gifted black blues pianist, and Scott Hampton, a rich white boy turned racist. Somewhere between the two men, a spark was lit. And by the time he came out of the joint, Scott Hampton had not only renounced his racist ways, he had learned to play a blues guitar that made grown women go weak in the knees. So why did Scott plunge a steel shank into his mentor's chest? Ivory's widow doesn't think he did, and she's paid Sarah Booth to prove it. No easy task, especially since the delicate racial harmony of Sunflower County is threatening to come undone under the heat of Sarah Booth's investigation.

For a woman feeling a little heat of her own--navigating between a rich, available businessman, a married lawman with a waffling heart, and the sexy bluesman who is angling to become much more than her client--this case is taking dangerous twists. A town's slumbering passions have awakened with a jolt, a matchmaking ghost is dressed up like Jackie O, and Sarah Booth is caught between her need to know the truth and the consequences it will have on her town--and on her life.

With riveting suspense and a sparkling cast of unforgettable characters, Carolyn Haines has woven a rich portrait of a part of America grappling with its past, its illusions, and its hopes. Crossed Bones is the most dazzling work yet from a uniquely gifted writer.

Mississippi native Carolyn Haines, a former photojournalist, has written numerous books and was recently honored with an Alabama State Council on the Arts literary fellowship. She now lives in southern Alabama with her horses, dogs, and cats, including the real-life Sweetie Pie, where she is hard at work on the next Sarah Booth Delaney mystery, Hallowed Bones. Crossed Bones is her fourth mystery for Bantam Dell. 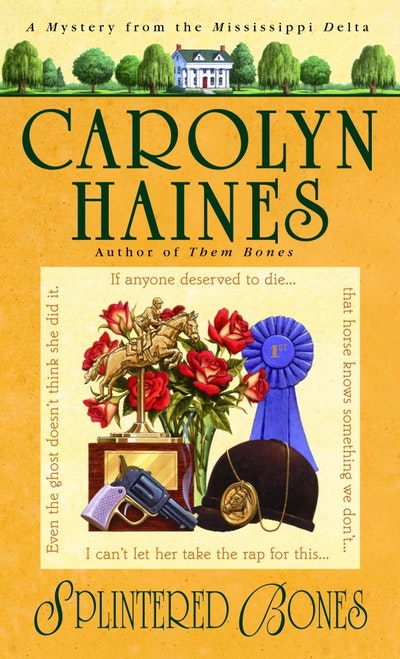