CREZZA: From AFL glory to prison and the long road to redemption.

For more than a decade Daryn Cresswell gave his all for the Sydney Swans. Over a career spanning 244 games he was smart, strong, unflinchingly brave and unwaveringly loyal.

But when the curtain fell, things changed fast.

Embroiled in a world of fast earns, chronic gambling and entangled in a web of lies, Cresswell lost everything - his wife, his money, friendships and, in the end, almost his life.

In a very real way it was only jail that could save him.

In Crezza, Daryn tells his story, one of hard-earned highs and self-inflicted lows.

It's the story of a driven man who risked everything and lost.

It's also the story of a man who clawed his way back.

Daryn Creswell was born in Tasmania and played with Glenorchy and North Hobart via a stint at the Geelong Reserves before being drafted by the Sydney Swans for whom he played for 12 seasons and an impressive 244 games.
He was declared bankrupt in 2009 owing almost $700,000. He admitted that a gambling addiction had led him to lose everything after he retired from playing football. In December 2010 Cresswell was found guilty of fraud offences and sentenced to a minimum 10 months jail.

Now out of jail, he lives in Queensland and is senior coach with Palm Beach Currumbin in the AFLQ. 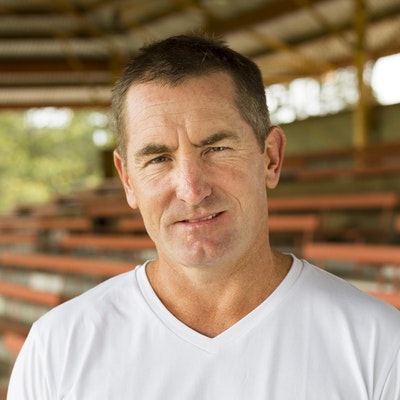