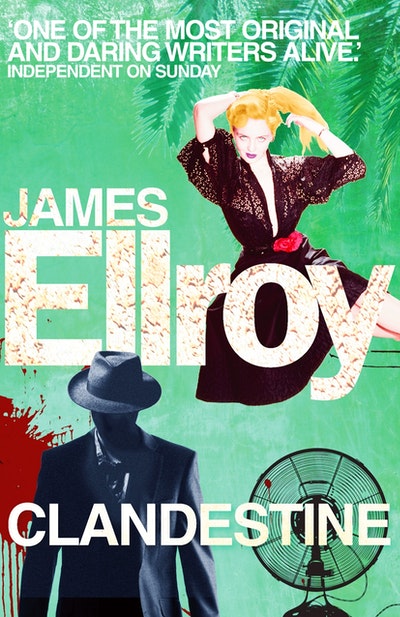 A scintillating novel of sex and murder in 50s LA

Los Angeles 1951 - Frederick Underhill, an ambitious rookie of the Los Angeles Police Department, want to become the most celebrated detective of his time. He is also sexually promiscuous. His two drives are brought together by the slaying of Maggie Cadwallader, a lonely woman whom Underhill slept with shortly before her death.

Using his inside knowledge, Underhill gets himself on the case, which is being handled by LA's most fearsome investigator: Lieutenant Dudley Smith. But instead of the celebrity status he was hoping for, Underhill finds himself on the edge of the abyss, his whole life and future about to take a fall.

One of the most original and daring writers alive

The most distinctive crime writer of his generation

Ellroy is a unique voice in American fiction

One of the most important popular fiction writers in America, whose best books take their readers to the darkest places of the human condition - a Tinseltown Dostoevsky