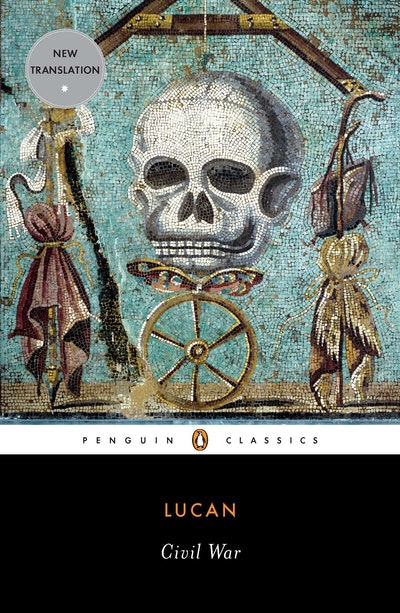 A magnificent new translation of the enduring epic about the sundering of the Roman Republic.

The rousing chronicle of the struggle that shattered Rome and set the stage for empire.

Lucan lived from 39-65 AD at a time of great turbulence in Rome. His Civil War portrays two of the most colorful and powerful figures of the age-Julius Caesar and Pompey the Great, enemies in a bloody and convulsive struggle for power that severed bloodlines and began the transformation of Roman civilization. As law and order broke down, the anarchy that resulted left its mark on the Roman people forever, paving the way for the imperial monarchy. Matthew Fox's verse translation brings Civil War to life for a new generation of readers while retaining the rhetorical brilliance of the original, creating a new definitive edition of this classic.