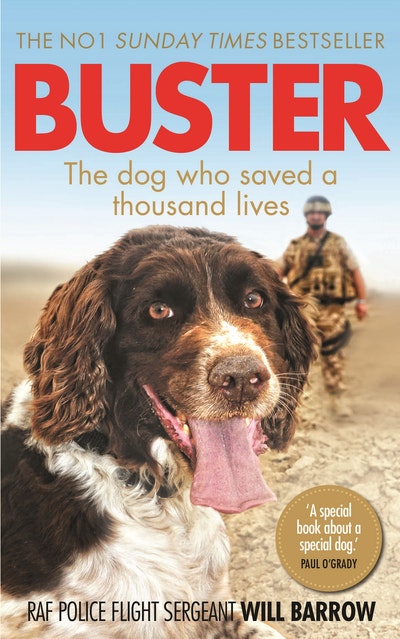 The dog who saved a thousand lives

A heartwarming book about a very special dog who has saved thousands of lives, written by his best mate and handler

Thousands of lives have been saved by this spaniel. He is a best friend in dog’s clothing. An RAF dog with his mossy feet firmly on the ground. A brave dog who has served his colleagues and his country with unstinting devotion. A dog in a million.

This is the story of the partnership of Buster and Will, told by Will himself, describing how each came to save the other’s life. This is a relationship that produced some heroic feats in the dust and desert heat of Afghanistan - and beyond. Buster, uniquely, has served five tours of duty - more than any other military dog.

“With some dogs you share a boil in the bag breakfast and maybe a blanket on a cold desert floor. Some you wouldn’t leave in charge of your Grandma unless you wanted to find out just how fast the old girl could run. But, if you’re very, very lucky there will be the one dog you would lay down your life for – and for me that dog is Buster.”

As told to Isabel George.

Buster is an English springer spaniel. He has earned many military tributes and served in three separate wars: Bosnia, Iraq and Afghanistan, an achievement unparalleled by any other service dog. He won the Crufts Friends for Life Award in 2012 and was also nominated for a prestigious Sun Military Award in 2009. Buster is the official lifetime mascot of the RAF Police. He retired a military hero in 2011.

RAF Police Flight Sergeant Michael ‘Will’ Barrow joined the RAF at 18. He then specialised as a Drugs Detection Dog Handler and an Arms and Explosives Search Dog Handler, and has served in the Falkland Islands, Northern Ireland, Bosnia, Afghanistan and Iraq.

Isabel George's fascination with animal heroes began as a child. Her father's stories about the dogs, cat, monkeys and creatures of all species that were adopted by crews of British warships during the Second World War fired her imagination and triggered an interest that has lasted a lifetime. A career spanning 25 years in journalism and PR has included working with animal charities such as the PDSA and organisations such as the Imperial War Museum, the Kennel Club as well as the Armed Forces in the UK and overseas. Interviewing veterans who have served with animals in war continues to be a joy and an honour for this writer whose best selling books prove, beyond a shadow of a doubt, that animals can also serve beyond the call of duty. 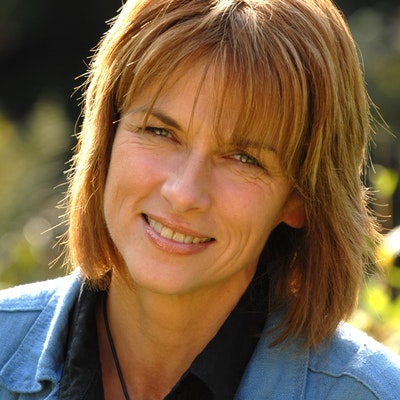 Brave Buster is a dog to write home about. This is a special book about a special dog.

A must-read, a moving tale of true friendship