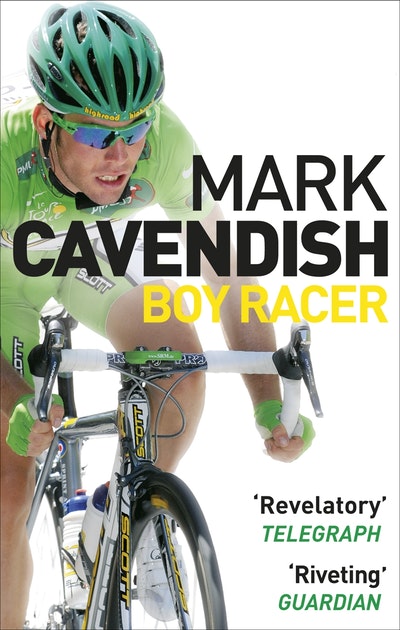 Boy Racer steps behind the scenes of the Tour de France. It unmasks the exotic, contradictory, hysterical and brutal world of professional cycling from the compellingly candid viewpoint of someone right in the thick of it.

Written off as 'fat' and 'useless' in his youth, Mark Cavendish is now one of cycling's brightest stars and one of Britain's greatest ever cyclists. Some have called him cocky, but to anyone who doesn't like his style, Mark will simply shrug his shoulders and reply, 'I know I'm good. There's no point lying about it.'

Peers say that they have never seen anyone with Cavendish's hunger for success and while this fearlessness - both in the saddle and on the record - has at times led to controversy, it has also earned him the respect of ever more fans.

In Boy Racer we follow him through the mayhem of the Tour de France in a page-turning journey of pure exhilaration.

Mark Cavendish MBE is widely regarded as the greatest sprinter in the history of cycling and is the 'Tour de France's best sprinter of all time', according to L'Equipe.

Born and raised on the Isle of Man and having experienced early success on the track, 'Cav' joined professional road cycling team T-Mobile in 2006 as a stagiaire. During the 2008 season, he made his first big impact at the grand tours, winning two stages at the Giro d'Italia followed by four victories at the Tour de France at the age of just 22.

Following his early career success, Cav went on to dominate the sport. On the track he became Madison World Champion in 2005, 2008 and 2016 and at the 2016 Olympic Games in Rio he represented Great Britain in the Omnium event, winning a silver medal.

On the road, Cav has achieved a phenomenal 52 Grand Tour stage wins, has won points jerseys at all three grand tours and in 2011 won the coveted green jersey at the Tour de France for the first time, as well as becoming UCI Road Race World Champion. His achievements led to him winning BBC Sports Personality of the Year, as well as receiving an MBE from Her Majesty the Queen.

In the summer of 2021 Cav created history - in what many have called the greatest sporting comeback of all time - by equalling Eddy Merckx's long standing record of 34 Tour de France stage wins and winning the green jersey for the second time in his career in the process. He currently rides for UCI World Team Deceuninck-Quick-Step. 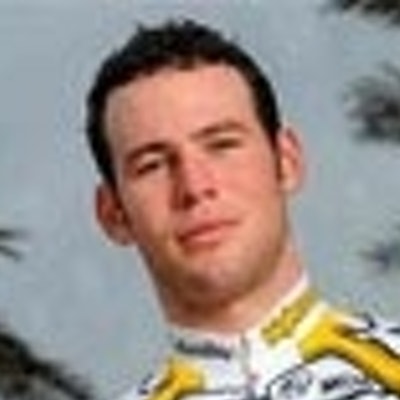 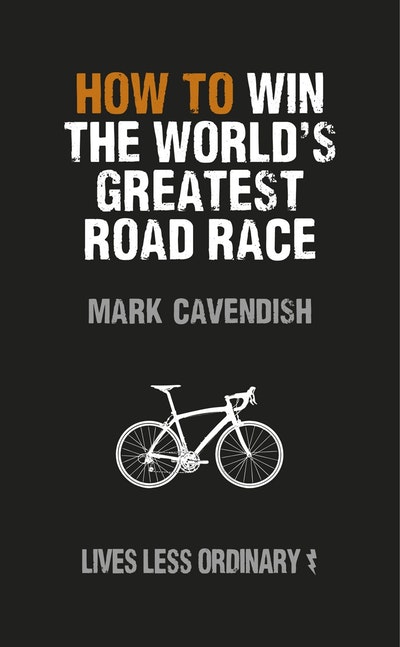 Boy Racer...catch[es] the inner conflict between the impetuousness that makes Cavendish such a daunting competitor and the introspection that makes him such an interesting person

Boy Racer, is essentially a masterclass in the art of winning relayed through the eyes of a young, hungry and sometimes impatient embryo superstar with a penchant for entertaining industrial language. It is also highly personal and revelatory and gives you a unique insight to one of Britain's most successful and respected sportsmen worldwide.

Few have brought the terrifying and visceral art of sprinting to life. Boy Racer redresses the balance.

The hottest sprinter in the world